Where your mezcal comes from and why it matters 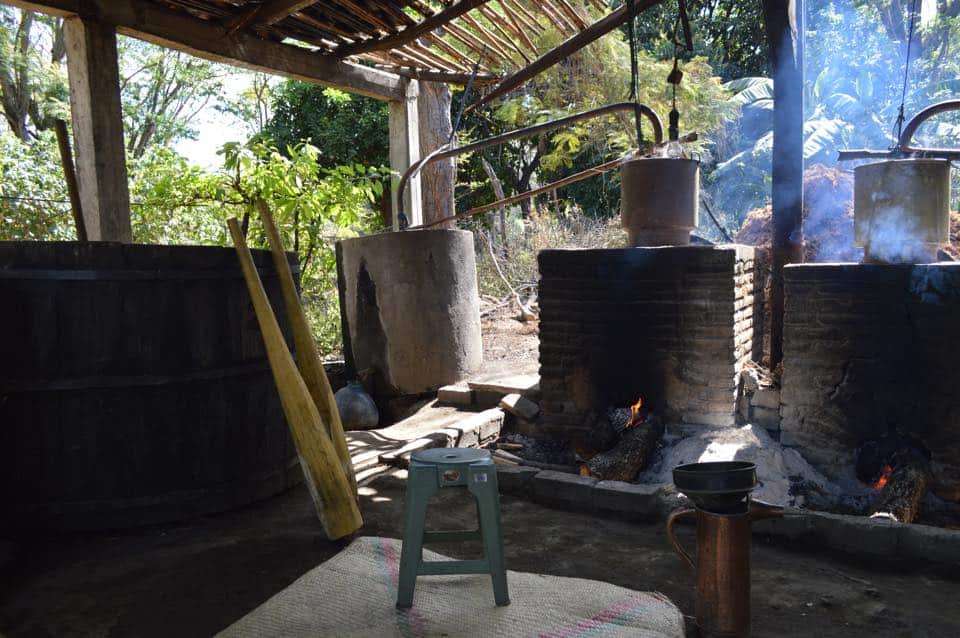 As I was wandering around Mexico in a Bottle, San Francisco in November, a conversation that Susan and I have been having for years popped into my head. Of all the brands, bottles, and representatives on hand no one was actually a mezcalero and there were only a handful of mezcalero owned brands. You could easily misrepresent that in a negative light, as somehow exploitative or inauthentic but that’s ridiculously oversimplified. It does, however, point to the single most important thing about mezcal: Who makes it.

Mezcal, like pretty much anything else that you eat or drink, comes to you through a web of relationships and interactions. Those relationships are critical and contain clues about economic equity, cultural continuity, environmental sustainability, but also the taste, quality, and transparency about what you’re drinking.

What type of animal are you?

As anyone who has tried can attest, there is no precise taxonomy of mezcal production; the entire enterprise can be a fool’s errand. Families still produce plenty of mezcal for brands large and small while companies produce massive amounts of mezcal in manners that are both sensitive to tradition and the environment, and not.

The real key to understanding mezcal production is understanding who is involved and the details of how they’re made. Some are made by one family, others are made on production lines, both can be mezcals. Both can taste great and be good for their communities. So, how do you ferret out that information? Well, the regulations aren’t making it any easier.

Let’s look at two examples that tell us the same basic things. Take Tosba, founded by cousins who wanted to bring financial stability to their remote Oaxacan community by reestablishing mezcal production in the area. Edgar Gonzalez-Ramirez and Elisandro Gonzalez-Molina literally did that. Tosba is still a family operation with some outside investments and outside distribution, and it appears to be thriving. They just released their newest project, Dakabend, a sugar cane distillate so they’re only growing the product line. Tosba is routinely cited as an incredible mezcal so the quality is there as well.

And then there is what most people would think of as Tosba’s polar opposite, Del Maguey. Founded in 1995 by Ron Cooper, an artist from LA, Del Maguey arguably made mezcal into an international sensation through Cooper’s personal sales hustle and marketing insight. All those green bottles up on the bar were signposts of something special to an audience that gradually grew to a size that Ricard bought the company in 2017. Del Maguey is still made by many of the families who have been making it for decades and it remains a very highly rated mezcal.

So, what’s the difference? Is there a difference? I’m not trying to be daft here but I get into these discussions all the time and the implication – stated or not – is that because Del Maguey is owned by a large company and because it is the largest mezcal maker, the quality is lower and the business practices aren’t as strong. There are plenty of things to chafe at with Del Maguey including their famous NDA forms but have you tried it lately? And, have you talked to the people making it? It’s clear to me that they are still making high quality, artisanal, mezcals. And, all the information I have tells me that their distillers are getting paid well.

My point here is that mezcal is more complex than ever and that’s a good thing. A good business story doesn’t always make a great mezcal but they’re not mutually exclusive either. Actually, you can’t have one without the other because if you’re consuming the product of an exploited person, you’re becoming part of that exploitation yourself, just saying.

Maybe the biggest problem in all of this is that it’s hard to get the information on mezcals and hard to know what to trust. We live in a world flush with marketing copy so reading what mezcals write about themselves and watching the romantic photos and videos of hipsters cavorting in agave fields can make for jaded consumers, let alone someone covering the space.

It’s not that the industry hasn’t tried to resolve this issue. Long ago when the mezcal appellation was created the CRM decided to follow tequila’s NOM system as a way to both give consumers tools to understand where their mezcal came from and as a way to enforce transparency on the business. In theory this would allow you to know that distillery X was producing for brands A, B, and C both so that you could know and so that you’d be able to pursue spirits that you liked (Say you fell in love with mezcal A and discovered that the same mezcalero was making B and C…). But, something happened in the development of the category and mezcal’s NOM system now really means where something was bottled instead of who made it so it’s pretty much moot as a consumer tool.

The CRM pivoted to using QR codes to convey production information and has been building out their website with more background information. It’s a promising start but far from complete and far from consumer friendly.

That leaves a huge space occupied by self reporting, professionals, and the media. Brand self reporting on their bottles is hugely important. Really for most people, that’s their major takeaway about mezcal so the evolution of mezcal bottle labels towards providing as much information on who made it and how is critical to fostering that relationship with consumers. But if the larger narrative belongs to someone, it’s the bartenders and retail staff who deliver the oral history of mezcal projects to their consumers. Those stories really stick to you after you hear them.

And finally, that leaves people like us. Our core mission is to shed light on who is making mezcal, how they’re doing it, and the larger issues surrounding them. We write about brands and build in background information to our tasting notes so that you can get to know the character of the people involved as well as the processes. Gradually we’re also building out the Mezcal DB as a quick reference tool for this information. And we’re doing as much consumer and industry education as possible through our tastings at Mexico in a Bottle, Spirited Conversations talks, and industry focused education at the Mezcal Collaborative. Oh, and now we’re doing tours as well. None of this is to exclude everyone else working in the category. We link to the stories and voices that we hear about (tell us if we’re missing something) and are always active on all the platforms.

Who’s not in this picture?

One of the most depressing things about the work we do is that it’s hard to get the mezcalero voices front and center. As much as I enjoy writing about mezcal, tasting it, and discussing all its nuances I’m still a tyro and I’ll never be able to bring more than a perspective to it. Ultimately we want to get more mezcaleros speaking directly so that the world can hear their voices and understand their perspectives. That includes getting them to events like Mexico in a Bottle where the real barriers are financial, it’s expensive to fly people to our events when we’re keeping ticket prices as reasonable as possible, and physical, the immigration enforcement in place by the US is at best inhospitable to many.