It’s been almost a year and half since NOM 70 was implemented and we’re finally beginning to see one major part of the roll out on our bottles – the inclusion of a qr code on the hologram. While several brands in the market include detailed information on their labels, others don’t have much more information beyond what is legally required, which is to say the category (Ancestral, Artesanal, Mezcal), what kind of agave variety, whether there are any additives (eg whether it’s an abocado), the ABV, and who the business owner is. It is up to the brand to be transparent about what additional information it wants to put on the label.

As mezcal first began coming into the country, the NOM registration number usually tracked back to the distillery or bottler – often one in the same. This system was based on the tequila model where contract distilling was common so having a NOM number allowed interested consumers a window into the distilling process and a bit of transparency.

As the mezcal category has grown, so have the number of NOMs. But the meaning of a NOM in the mezcal world has also changed pretty radically. Over the last few years NOMs have come to mean the business entity or bottler instead of the distillery. In a March CRM meeting producers formalized this redefinition by voting to allow contracts in which they would not be named as the producer. Why? Because some producers no longer want to be identified as producing for more than one brand.

This appears to be driven by the rapid growth of the mezcal world. The only way that brands are able to produce so much mezcal is by blending it from different distilleries. Of course this runs against the grain of the mezcal story, that it’s all hand made and reflects a place, a person, and a tradition. The great irony is that the current mezcal system has become much more opaque. NOM 70 was allegedly designed to make the industry more transparent but apparently growth is more important. We’ve seen this sort of thing before in the tequila world; as the lure of growth increased, the definition of tequila changed considerably.

So what’s up with the QR Code?

As part of the effort to ensure mezcal being exported was in fact certified and registered, a hologram was added to bottles. Only certified mezcal has these holograms and now the CRM has added a QR Code unique to that label, which enables a person to use their phone camera to access database information about that particular bottle. The information in the database is from the CRM and it is provided by the brand.

In the name of research, I spent an afternoon last week at K&L and Healthy Spirits – thanks to both for allowing me to pull bottle after bottle –  checking the QR codes to get a sense of this system and just how complete the information was. In a nutshell, it’s a mixed bag. The QR code definitely works: The information is clearly categorized and, depending on how much information brands provide, the production process is spelled out, there are maps that show where the producer is located and where the agaves were grown (not always the same place!). There is also contact information.

To see examples of how the information is displayed, click on the hyperlinked brand names. For the brands that already put tremendous detail on their bottles like Vago, Rey Campero, El Jolgorio, CUISH, Real Minero, etc, it was not surprising that the QR codes repeated the information or showed less. The information is already in front of the buyer so no more information was needed. For other brands, like Del Maguey, Derrumbes, Wahaka or Mezcal Union the QR codes revealed more details than what is found on the labels including the producers, process, and where the agaves come frome. There were even some surprises: El Silencio had far more information through the QR code than what is on their label The same is true of Dos Hombres which is great and encouraging. To have some transparency and traceability is key as the category continues to grow exponentially. 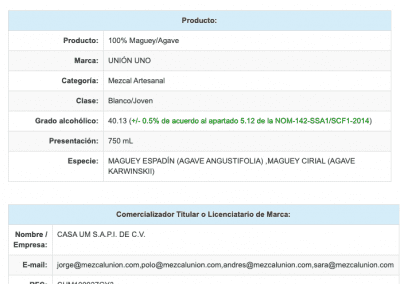 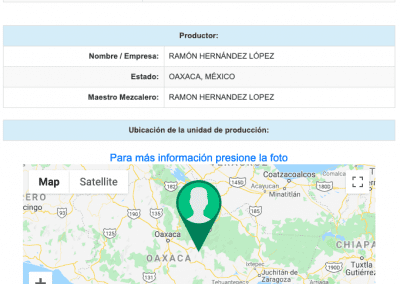 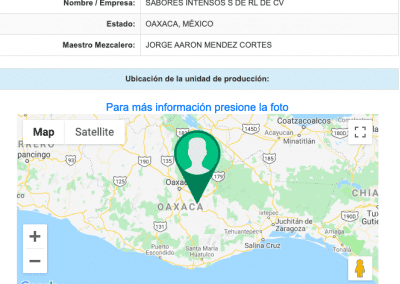 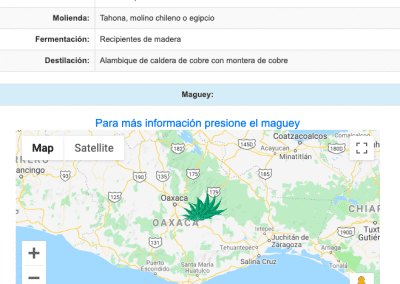 The one outlier was Casamigos which had no more information in the QR code than what is on its bottle, begging the question, why don’t they want us to know anything about the product? As the parent of a rambunctious teenage boy, positive reinforcement is everything. While not perfect – sometimes there was a QR code that referenced a different bottle or mezcal, this is a good start by the CRM and brands. I look forward to seeing more information being available through the QR codes as time goes on.