A few years ago the CRM decided that in order to make certified mezcal transparent and traceable all bottles would have a hologram with a QR code on them. Scan that code and you’d learn everything about its contents; where the agave came from, who made the mezcal, the processes involved, everything. The CRM’s Lilia Guadalupe Leyva González told me that the main motivation for them was to ensure “traceability, authenticity and quality to the consumer. Which also give them the certainty of being consuming a Protected Denomination of Origin product.”

The CRM is also interested in bigger questions, Ms. González told me that they want to use the QR codes for more marketing goals even if they haven’t quite achieved them yet:

Soon we will be able to know in which places, bars, restaurants, etc are being consumed some brands in order to develop more stages that indicates where you can find your favorite Mezcal.

That’s an echo of the ambitions in the CRM’s 2015 report on its ambitions which laid out a ton of data on the progress of the mezcal category and where its leader Hipócrates Nolasco Cancino wanted to take it. The QR code and everything behind it were a major component, it wraps the two stated motivations of transparency and traceability into a single technology. The whole idea of the CRM is right here, the goal is to lay out a positive argument for mezcal and preempt any potential negative connotations by saying ‘look everything about mezcal is clear, there are no secrets, no hidden issues, it’s a pure product.’

One of the more fascinating angles is that the QR code seems to have been designed to replace the NOM. When the mezcal appellation was originally designed it copied the tequila appellation and used a NOM number on all bottles as a way to trace where every mezcal was from. In the tequila world this doubles as traceability and a way to understand brands because many distilleries produce for multiple labels. That is becoming more important for the mezcal world because some distillers produce for multiple labels. The upside is that the QR codes were designed to include much more information so that, in principle, they could leapfrog the entire idea of a NOM number.

But we all know that goals are one thing, results another. I have spent some time looking at how effective the CRMs QR codes are in reality because my personal experience hasn’t been great and I’ve heard from a number of people that the failure rate is high. Susan looked at how the system worked last year so consider this an update in the evolution of this format. The CRM appears dedicated to improving it so consider this as a friendly critique. In my emails with Ms. González she asked that if I find any problems to please send her information so that they can track down the issue. That’s a positive sign.

What’s this code on my bottle?

To start from the top QR means Quick Response, and they were designed for industrial applications so that factories could track inventory. They’re very similar to UPC codes but link up with a potential wealth of information about the products on them. That’s wonderful but a really basic question is whether anyone uses them. Ever since restaurants have started reopening I’ve seen more QR codes than ever before because it’s a no-touch alternative to menus. Before that they were clearly a presence in posters and other marketing elements but didn’t seem that important to our lives.

A very perfunctory review of QR usage data appears to bear out this observation. They’re barely used in the US, an article trumpets “An estimated 11 million households will scan a QR Code in 2020 in the USA alone. (Statista, 2019).” Bu that’s 11 million of more than 120 million households, +/-10% of the total. Their usage is certainly on the upswing. And, the US is a tiny sample size even if it remains the main mezcal market. QR codes are used much more aggressively in Asia, somewhat more in Europe, so usage may increase over time. Either way, it’s still an issue if you’re putting all your reporting into this single interaction.

That said, they are designed to work with any smart phone and have the potential to deliver a universe of information about anything. Take the example of Wahaka Mezcal. I spoke with Eduardo Belaunzaran who is one of Wahak’s founders and is also an Oficial Mezcal Ambassador for the CRM. He told me that “Personally, I think the hologram is a fantastic idea… The Hologram leads from the liquor store where you are buying your Mezcal to the Palenque where your mezcal is made, to see the mezcalero, the agaves involved, the place of production and also where your agaves come from.”

And if you look at what Wahaka has done with the potential of the CRM QR codes, it’s pretty impressive. They have all the information you’d expect about their bottles, maps, and even photos of the production process. The three quibbles that I can make are that it’s not bilingual, it doesn’t include the name “Beto Morales” who is their maestro mezcalero’s name even if it does contain his email address, and the format of the information is a bit stark. All in all this is pretty great. If you scan that QR code on the bottle of Wahaka’s Jabali, here’s what you’d see:

With a bit of design attention and a few more fields, this would be more than you could expect of most products, mezcal or not.

But there’s are two big qualifications here, and they’re pretty major. One is whether that QR code on the bottle works, the other is the quality of the information. I’m not going to mention any brands in particular because this appears to be a widespread problem and the brands don’t appear to be doing anything wrong.

First, just getting these QR codes to scan is a trial. In my tests I was unable to get a QR code to scan 80% of the time. Much of the time I see the “move closer” prompt but can’t focus on the sweet spot with the QR code. This comes from a limited sample of 50 bottles but that’s a really high failure rate. Other people tell me that it’s consistent with what their experience. A bit of research into the more general world of QR codes tells me that this rate is much higher than expected so what’s going on?

When I emailed with the CRM’s Ms. González she told me that one major issue here may be that the standard was developed very early on: “For devices with weak resolution, a larger QR would be desirable, but the size of the hologram was established in 2013, before incorporating the QR, so the QR was adjusted to the size of the hologram and not way around.” She also pointed out that you can enter the serial number of a bottle through this page and get the information about the bottle which is good to know even if doesn’t address the larger issue of convenience. Reading the tiny bottle number and entering 13 digits doesn’t exactly encourage research.

Ms. González also told me that “But, so far we have not had complaints about reading a QR integrated in the hologram,” and went on to ask for examples so that they could follow up; that’s a positive approach. She also told me that “We are developing some technologic improvements to know how many times times a QR code is read, but this is still under construction.” so perhaps change is on the horizon.

I did some research into why these QR codes aren’t working and it appears that all sorts of factors could be in play:

Those factors alone make for an extreme handicap. Even when I do get it to work, it may take many tries. I’ve gotten very used to seeing that “move closer” warning whether it works or not.

The concept of all this information is fantastic – whether it is actually reported in the database behind the CRM’s QR codes is another question entirely. I’ve been entering serial numbers into the CRM page because that’s easier than scanning the QR codes. The base level of information about each bottle definitely exists and can be really enlightening if you dig for it. At the bottom of each report you can even see where the agaves came from which, as in the example below, can lead you in some fascinating directions.

All of that is positive but as in many cases, the individual brands may be way out ahead of the system. In many of my comparisons there’s more information on the bottle label than reported in the CRM database, it’s frequently translated, and the typographic presentation makes it very clear. Again, this isn’t an absolutely conclusive comparison, in many cases the information on the bottles was less than the CRM database but it’s fascinating to see this level of variation.

Next year is an election year for the CRM so this is one thing to look at in terms of efficacy and ambition. Credit the organization for the goal, while ambitious it’s something we’d all want for all our products. But the functionality questions are very real. If it doesn’t work and many people aren’t using this sort of technology, the QR code on a hologram feels like more of a proxy, a stand in for the idea that something is out there defining quality or the identity of brand mezcal. And the CRM is refreshingly clear about this. As Ms. González wrote to me:

We have turned a regulation duty into a marketing instrument which allows to the consumer know more about the product she/he has in her/his hands. We haven ́t yet reached what we have visualized. The hologram is a great technological tool that is still in continual development and it has been storing bidirectional information: a) of its process before marketing and b) about the market and consumers.

As discussion about the appellation gets more pointed this seems like the classic program to distinguish products that are part of the club from those that aren’t. One major question is whether that really matters in today’s world. What’s being part of club certified mezcal mean to the market today? That’s the question that is being debated everywhere in the mezcal world with the CRM making moves to maintain its monopoly, other states trying to join, other appellations being created, and – in the middle of it all – some brands abandoning these appellations altogether. The big open question is whether devices that deliver on the promise of transparency and traceability matter as much in this hotly contested landscape where, increasingly, the identity of what’s in the bottle is emblazoned front and center. 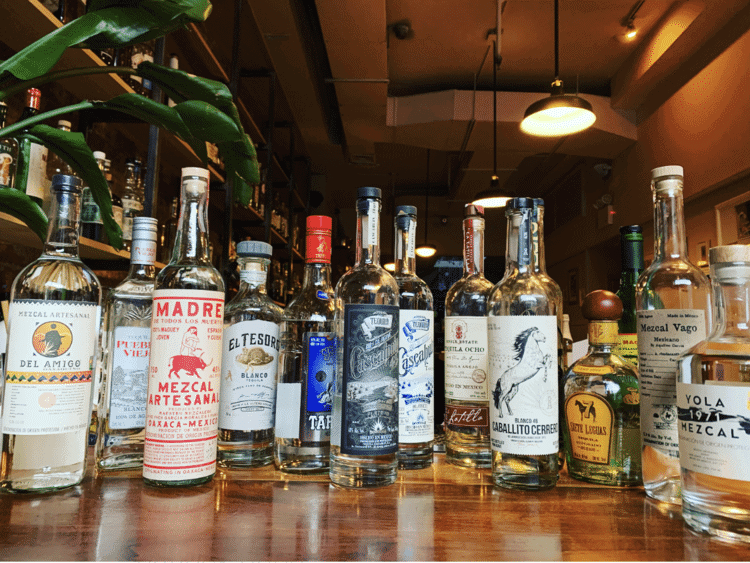 The taxing of Mezcal – are changes afoot? 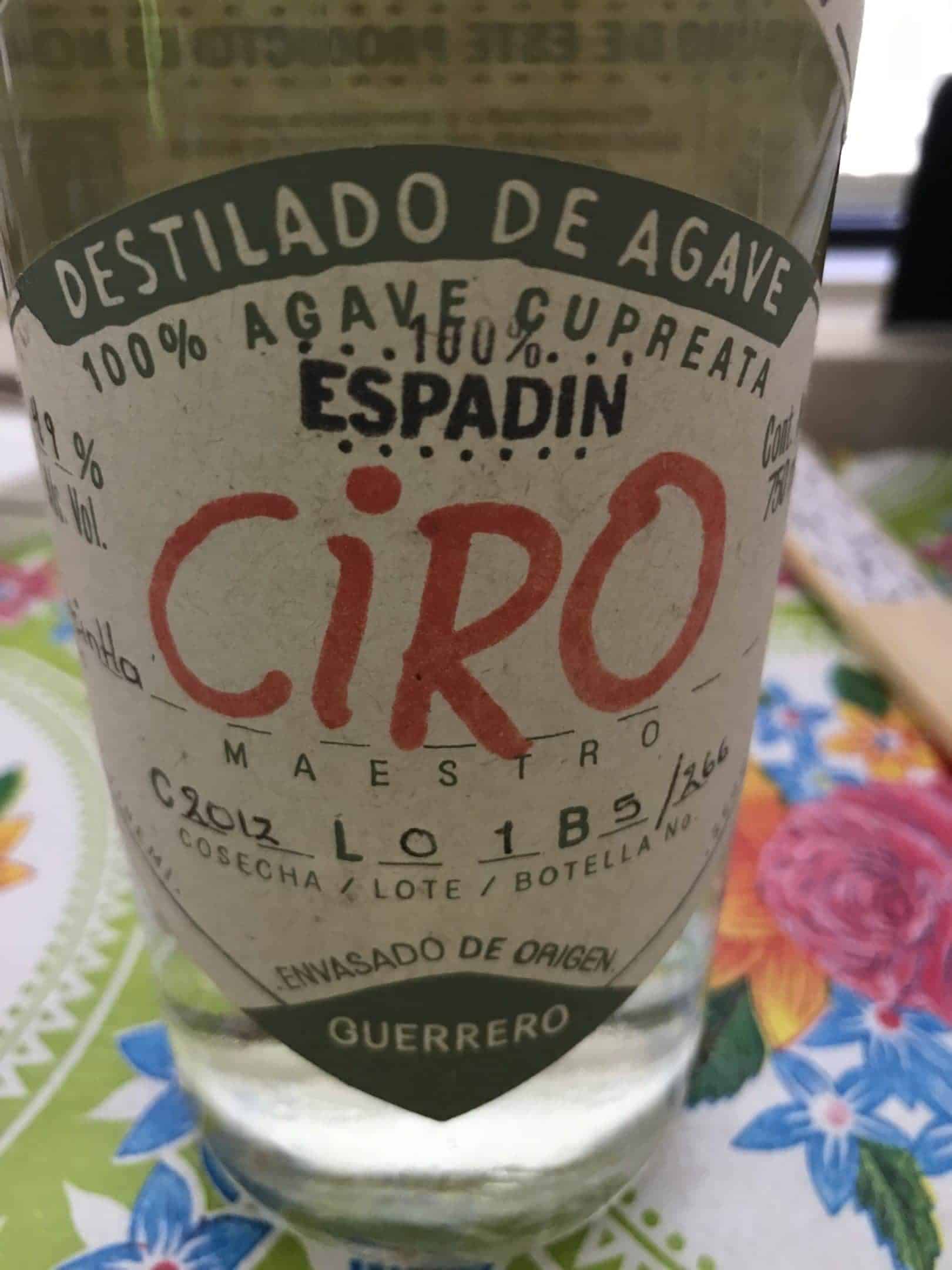 The rise of the destilados

The CRM puts a stake in the ground on “legitimate” mezcal