The curious case of Sin Maguey, No Hay Mezcal Come on, admit it, you’ve seen the iconic image. Did you ever stop to wonder where it comes from?

This is a story about one of the most iconic images in the mezcal world. It involves quirks from across our contemporary culture ranging from intellectual property rights to the question of who owns traditional culture. It touches on so many  narratives of our era that it’s a great snapshot of our time and the mezcal world.

Two years ago at our presentation on “What We Talk About When We Talk About Sustainability” just before Mexico in a Bottle San Francisco 2016, one of our panelists, Raza Zaidi from Wahaka Mezcal, was having an exchange with a young man from the audience. It wasn’t exactly a heated discussion but they definitely represented contrasting ideas about the direction of mezcal. And then in the midst of this Raza mentioned that he’d taken the photo behind the the “Sin Maguey, No Hay Mezcal” graphic on the young man’s shirt.

You all know the image, it’s the lead graphic for this story. It’s a classic screen print treatment in red, cream, and black of a mezcalero hoisting a piña over his shoulder. It wouldn’t be out of place at a contemporary rally. It conjures associations with Mexican revolutionary art from the early 20th Century.. The ‘Sin Maguey’ graphic as been widely used on posters, shirts, magnets, web sites, even a bottle of mezcal which you can see in Revista Tucan’s photo below.

One of the Sin Maguey, No Hay Mezcal labels at the 2014 rally and tasting in Oaxaca.

The slogan “Sin Maguey, No Hay Mezcal” means “without agave, there is no mezcal.” It’s a rallying call for the mezcal world to respect the maguey that mezcaleros use to make mezcal. It started life in an era defined by threats to traditional mezcal: This was when the specters of NOM 70 and 186 loomed, wild agaves were being harvested at an incredible rate without much reforestation, people talked ominously about the truckloads of agave heading north out of Oaxaca, and it wasn’t clear that many of mezcal’s ardent fan base in the U.S. really had a grip on what made their preferred spirit so unique.

I think it’s fair to say that there was a pervasive sense in Oaxaca that mezcal was being hijacked. There was a revolutionary whiff in the air about retaking local traditions which extended throughout a variety of protest movements. A photo from Noticias of the Sin Maguey rally in 2014.

That’s when this graphic appeared at the January 20, 2014 Exhibition of Traditional Mezcals tasting in Oaxaca’s beautiful Jardin el Pañuelito, just off the side of Santo Domingo. Part mezcal tasting, part rally in favor of maintaining traditional Oaxacan agaves, speakers took to the mic to support traditional mezcal production while declaiming all of the abuses they were seeing. As you can see in the image above, headliners included some of Oaxaca’s more prominent advocates of traditional mezcal like Sosima Olivera Aguilar from Yautepec, Ulises Torrentera from In Situ Mezcaleria, Abel Alcántara from Maestros Del Mezcal, and Felix Hernandez from Cuish Mezcal.

La Onda Oaxaca has some great video interviews from the event, the one with Sosima Olivera Aguilar is especially noteworthy because she lays out all the issues of the moment, especially the big one about price. She says that farmers were getting paid 2.5 pesos per kilo for their agaves and that most of those agaves were being shipped elsewhere, possibly Jalisco. Contrast that price figure with what I’ve recently been hearing about recent prices of 10 pesos per kilo in Oaxaca and you get a keen sense for just how bad things were just four years ago.

Suffice to say that many of these issues are still with us. We’ve definitely gotten better at talking about them so, at the very least, the awareness is higher but there has also been such an explosion of greenhouses and reforesting efforts that some positive change is definitely happening. It’s just been extremely difficult quantifying that change.

But what about that image?

Back to where we started. After the panel discussion on sustainability I chatted with Raza about the image. He told me that he or Wahaka’s mezcalero, Alberto Morales, had taken a photo of a gentleman named Adrian carrying an agave, posted it somewhere, and had completely forgotten about it until years later it became one of the iconic mezcal images. Here it is: The photo by Raza Zaidi that is the basis for the Sin Maguey, No Hay Mezcal graphic. The mezcalero pictured is Adrian from San Dionisio Ocotepec.

I chatted with that young man from the audience at our panel, Rion Toal from Maestros del Mezcal, and he helped me figure out how that innocuous photo became such an rallying call. As he was preparing for the big 2014 protest Felix Hernandez from Cuish Mezcal found that photo and it really summed up his feelings about that moment. Here’s what he told me about it:

It seemed like a powerful image for our peaceful protest against the industrialization of agaves that not only created ecological disequilibrium but also economic.

So, Felix took the image and made it the rallying call for the event. They put the graphic on bottle labels, the big banner, t-shirts, and posters to get the word out. And it worked. The protest garnered quite a bit of attention and feels like a fulcrum point in the recent treatment of mezcal and the larger culture around it. That great protest in favor of traditional mezcal was already in motion, this event just clarified everything.

And that image? It went on to live a life of its own. It continues to appear on t-shirts, posters, and across the web. Just like a million other photos and graphics, once it’s on the Internet, it’s in the wild. No one thought it would become something else. If you’re keen on the letter of the law there are eery similarities to the trial over the Obama Hope poster which Shepherd Fairy created from an un-credited and un-licensed AP photo. But, for his part Raza isn’t angry, as far as he’s concerned, the horse has left the barn but here’s to his photo and to how it has been used to further the world of mezcal. Credit given where credit due. 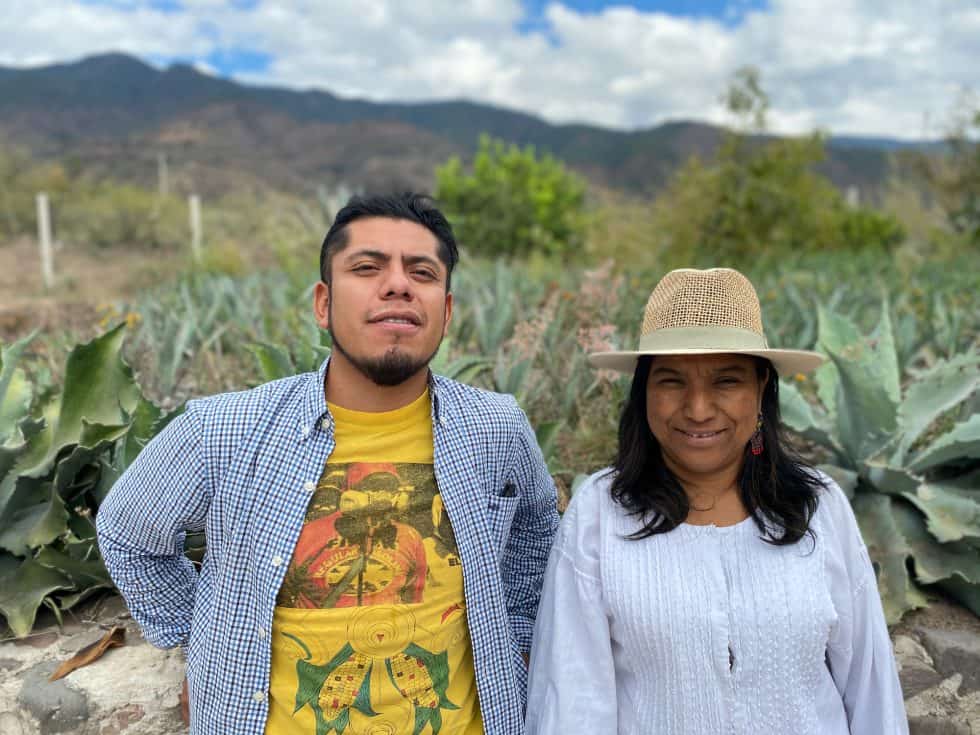 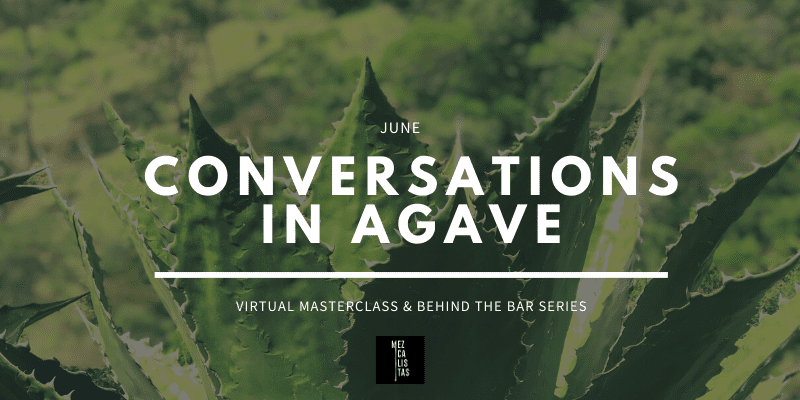