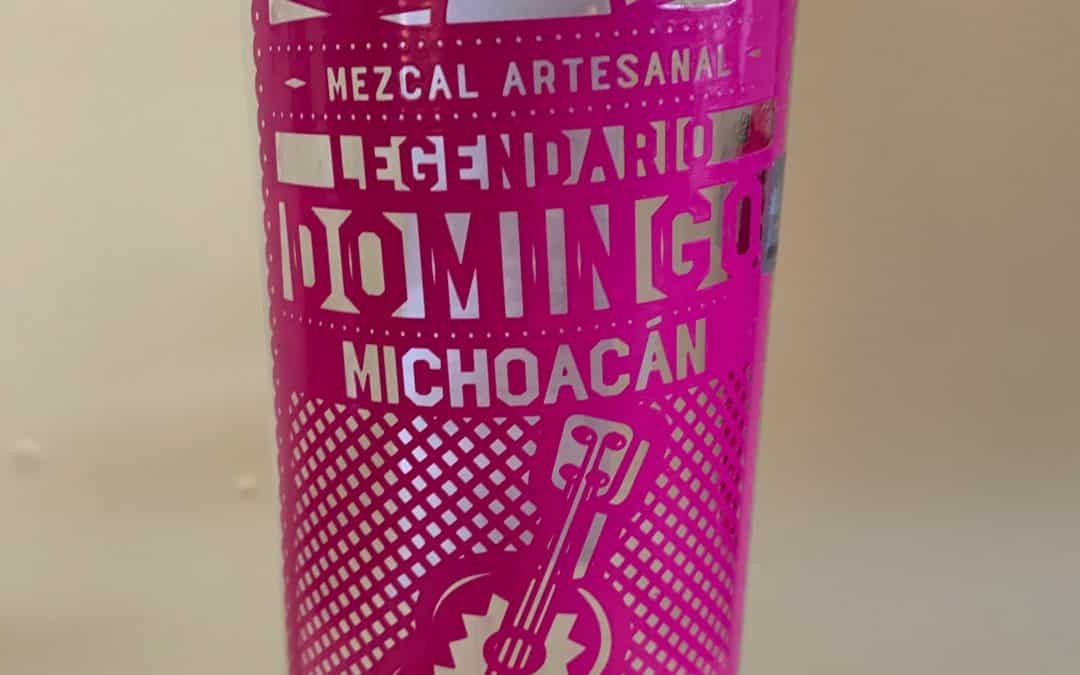 One tasting companion found notes of shortbread on the nose. I detected some of that classic ethyl alcohol and sugar cane combination.

A really bright mezcal full of balanced tropical fruit flavors with a slightly viscous edge to it like a tropical fruit jolly rancher. Another taster found that the Legendario Domingo Michoacan reminded her of that sugar tang of Runts, another classic candy.

A classic ensemble from someplace that we rarely see ensembles. The current bottle in the market is the second batch from the Pérez family, a blend of Alto (A. inaequidens) and Cenizo (A. americana) which has been recently reclassified by the CRM as maguey manso de Sahuayo or Agave SP. La Luna recently ran into this same question with their Manso Sahuayo. Legendario Domingo’s Julian Saenger told me about a similar experience: “just today I had a talk with a PhD guy from the CRM to ask him about this changes and he told me that is because around Sahuayo they found the people identify this maguey as Manso and not Cenizo and it’s doesn’t belong to that classification.” It’s very true that Cenizo is used for very different agave species in many different communities so we’ll see how this differentiation is applied.

Saenger likes to list his mezcaleros by their family name as a way of acknowledging the collective effort that goes into producing a mezcal. As a reminder he told me that “that bottle you have was bottled by hand by José Valente and his wife and she hand numbered each bottle.”

The first batch of the Legendario Domingo was Cenizo and Alto which, sadly, I’ve never tasted. The second batch was a different ensemble; a 330 liter mixture of Blue Weber (A. tequilana) and Alto (A. inaequidens) of which only 12 bottles reached the United States. The second batch smells of freshly pressed sugar cane juice and freshly sliced jalapeños. It tastes of cocoa with a hint of mesquite.