History in a bottle: The Encantado story 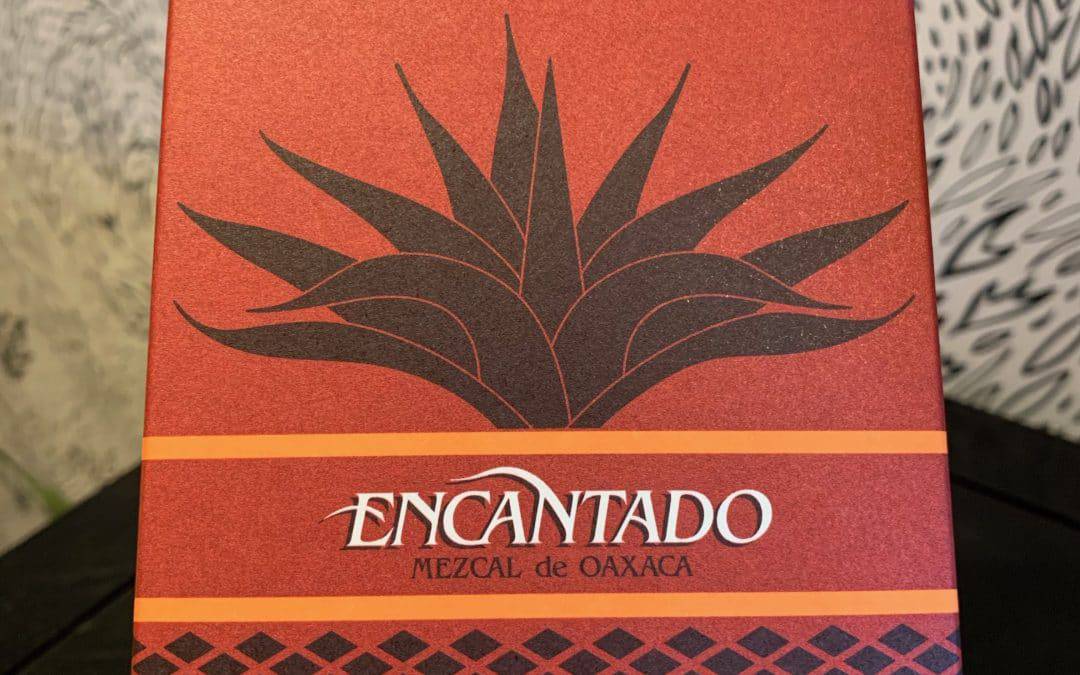 We all know the story of Del Maguey. Paraphrasing founder Ron Cooper, it was the slowest start up success. Exactly when you can say it succeeded is up for debate but the time scale is important, Del Maguey is just about to hit its 25th anniversary. Cooper hustled, cajoled, and educated American audiences on the joys of mezcal for years before people really started buying the traditional, high quality mezcal he had to offer. But the secret history of mezcal in the US is more complex than that: What about the story of another high quality mezcal that beat Del Maguey to the market, was well funded, and didn’t succeed? This is the story of Encantado.

Through a serendipitous series of connections I managed to meet the gentleman for Encantado. It entered the US market in 1995, just as Ron Cooper launched Del Maguey, Ron Cooper even makes a guest appearance in this story. Encantado’s creator prefers to remain anonymous because he “would rather just sneak off into the sunset, there’s no great mystery.”

First there was the wine. Our entrepreneur is a prominent Napa Valley wine maker who has built a few wine labels. He’d traveled frequently to Mexico, especially Guerrero, and had loved the mezcal he’d tried there. “Every time I went down my friend would go and buy some from the hills and we’d go to lunch to drink it. After a while I told him I wanted to make it and he said ‘go to Oaxaca where they make the best mezcal in Mexico.’ I told him, ‘you mean you’ve been feeding me shit all these years?’ And he said: ‘No, this is the best in Guerrero, but the best in all of Mexico in is Oaxaca.’”

While it was a different era the creation story sounds eerily familiar to what many brands go through today. Encantado’s creator went to Oaxaca and “spent two years, found the guys that were making good mezcal, developed the label and everything.” His description of going from palenque to palenque to find mezcals that he liked could be today:

“You go out and you go to these palenques, some are 2 hours out on a bumpy road. You get there and you start with the mezcal, and the talking, ‘what do you do, how are you doing.’ Some guys have enough money to dig a pit and line it with rocks, other guys don’t, some guys have a tahona and other guys have a machete. You sit there and drink mezcal, you get invited for dinner, and you stay and it’s a wonderful group of people.”

Ultimately Encantado was a product of 29 different palenques because a single palenque couldn’t handle the volume that Encantado wanted. As Encantado’s creator put it to me “These distillers are mainly farmers. They make mezcal in their village for their neighbors, we didn’t want to get involved in taking too much of theirs.”

Perhaps it was the wine background, perhaps a distinctive palate, but the focus was on quality with a minimum of smoke. “We really worked at getting some of the smokiness out of it (the mezcal) because it was too much like a single malt scotch so that you couldn’t taste the agave and that’s the whole point of mezcal. It was made from three different agaves. We would buy the agave because we wanted to make sure that the agaves were mature and then give it to the mezcalero who was going to make it.”

If you look closely at the bottle you’ll notice some marked differences with today’s mezcals, there is no NOM nor anything that even hints at certification because Encantado came on the market a full ten years before the CRM started certifying bottles and just a year after mezcal was given its own Denominacion del Origen. So, this is really history in a bottle.

And what a presentation. Perhaps representing a different spirits era when Chivas Regal’s velvet bag and boxes for Scotch were the standards denoting a cut above the rest each bottle of Encantado came in a red box, had a wax dipped top, and was hand wrapped in orange tissue paper. Each also had a handle, the easier to pour with.

Import and distribution: A mezcal tragedy

When it finally came time to sell the 15,000 cases he imported an initial run of 3,000 and worked with his wine distributor, Southern Wine and Spirits, to set up placements across California. He ran a $30,000 advertising campaign but he still couldn’t sell the bottles because no one knew what mezcal was. They launched an education program for consumers and the trade but still couldn’t get mezcal to catch on.

Ultimately he was left with quite a few bottles already imported and another 12,000 in a bonded warehouse. “Customs said if they’re (the bottles) in bond over five years it’s ours. That’s the law, so I said ‘OK I’ll buy it,’ they said ‘it’s not that easy,’ they ended up destroying 12,000 cases and they charged me $30,000 to destroy it.”

He’s very clear on what went wrong: “I was too early.”

What could have been: The Del Maguey connection

Given the timing, Del Maguey was founded in 1995 right when Encantado was launched, I had to ask about Ron Cooper and, yes, they definitely crossed paths. They even talked about going into business together. What could have been… Encantado’s founder was in Oaxaca researching his mezcal when “A friend of mine said you aught to talk to him (Ron Cooper). I went down and talked to him, tasted his mezcal, but he’s an artist, he wanted to continue to do his art in Mexico and his pro forma business plan was art and mezcal. I said ‘you do do your art, I want to stay with mezcal.’ He said ‘you can’t divorce them.’ He wanted to fly back and forth to do his art in CA and have his studio in Oaxaca and he made it. “

As for Del Maguey’s success, “Ron Cooper stuck with it and stuck with it, going out and selling it, hand bottled and he did it all. He’s got a hell of a good business. He did very very well. He got into business the same I did but he was down there, special business, but we almost went into business together.”

Today’s world – The rest of Encantado

Clearly Encantado’s founder has kept an eye on the mezcal world. He expressed dismay at the harvesting of underripe agaves and the stories of agaves being shipped from Oaxaca to Jalisco for tequila. He was recently perusing the mezcals in K&L and noticed that the wide variety of mezcals that are selling and selling at strong prices. That combined with his realization that he was never going to drink through his remaining stock has him looking for a buyer: “I’ve been drinking it. My friends drink it. Now I decided that the storage on these goddamn things and we’re never going to drink it all. I decided that I wanted to get a buyer.”

If you want to get into contact with him to buy his remains stock of c300 cases of 750 milliliter bottles and/or 600 cases of three ounce bottles, tell me and I’ll pass along the message. If you want a bottle, pay attention to this space, I’ll definitely write about it if and when someone picks it up.

The nose has a light, tobala like, minerality. He was right about the smoke, there’s very little of it. It’s a solid session mezcal full of balanced agave fruit and a nice charge at the end of it. It feels like a much more complex tequila which got me wondering whether, already in 1995, there was a turn away from what tequila would become? Alas, a question for another day.