When a word is more than just a word – the sotol DO, Texas, and beyond 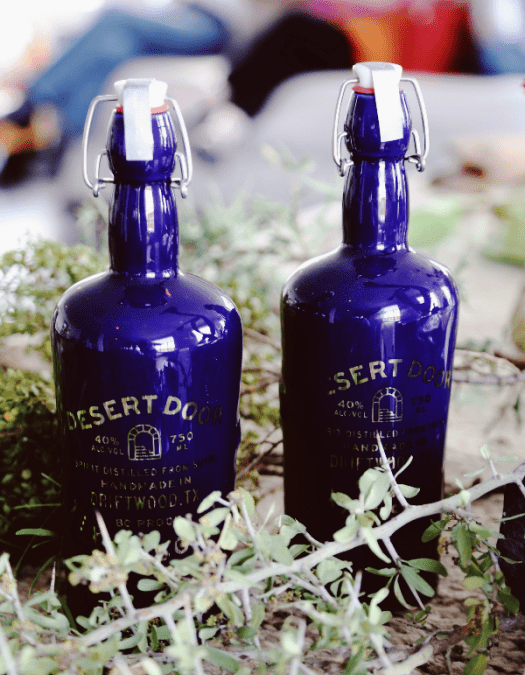 While at the San Antonio Cocktail Conference last week, I had a chance to go to a special happy hour hosted by Desert Door, a desert spoon distillate, at the Havana Bar. I was interested in this company since I first heard about them, and since we first wrote about Texas made sotol. Just writing the words “Texas sotol” is fraught with all sorts of complications – there is an appellation (Denominación de Origen or DO in Spanish speaking countries) for sotol in Mexico, but it isn’t officially recognized by the US. Desert Door is distilling the desert spoon, the Texas name for the Dasylirion plant from which sotol is made. If only it were an agave, then the problem would be easily solved by calling it a Destilado de Agave de Texas, but the desert spoon is not an agave, and calling Desert Door a sotol, begs the question, does a business honor a DO even if it legally doesn’t have to?

But before diving deep into the politics of a name, let’s start with the Desert Door story. Founded roughly two years ago by Ryan Campbell, Brent Looby, and Judson Kauffman, the distillery is located in Driftwood, Texas. They work with ranchers who are more than happy to see their desert spoon plants used for a purpose beyond sitting on their property. If cut correctly, which is to say leaving the root system intact, the plant will regrow, which given the size of southern Texas, provides them with a steady supply for the foreseeable future. After harvesting, the leaves are cut from the around the piña, steam cooked, and then crushed to extract the juice, which is then placed in fermentation tanks with yeast (the strain was not identified when I asked), and then once done fermenting, distilled once. They have two expressions, theun-aged original clocks in at 40% ABV and the oak aged variant which is actually a higher proof at 50% ABV. The original had a very mineral, almost wet stone flavor neat, which was still prevalent when it was mixed into cocktails. The aged version was very smooth and still retained a hint of that mineral flavor. I would love to do a blind sotol tasting and think the final results would be interesting.

So back to that naming conundrum. It is true that dasylirion grows a plenty in Texas, it is also clear and known that indigenous peoples were harvesting the dasylirion, or desert spoon, for fiber, food and drink, well before there were countries called Mexico and the United States. And what also seems clear is that when distillation came into the picture, it originated in an area of Chihuahua that is very much on the Mexican side of the border. I am certainly not the first person to call this out, and it is a topic that has followed Desert Spoon since it first opened as seen here in this article by Forbes. While not exactly the same, this no man’s land of the Sotol DO is similar to something that sparkling wine producers in California faced until 2005. From Vinepair:

It took two decades of negotiations, but finally, in 2005, the U.S. and the EU reached an agreement. In exchange for easing trade restrictions on wine, the American government agreed that California Champagne, Chablis, Sherry and a half-dozen other ‘semi-generic’ names would no longer appear on domestic wine labels – that is unless a producer was already using one of those names.

If a producer had used – or abused from the French point of view – one of those names prior to March 10th, 2006, they could continue to use the name on their label indefinitely. Although these names were and continue to be used for the most part by lower end winemakers, the CIVC were enraged in their long-sought victory. “It is an absurdity on a moral point of view,” Champagne producer and CIVC rep Bruno Paillard told Decanter back in 2005. “It’s sad that the USA, now a great wine country, continues to protect a few producers who are abusing the identity of others instead of using honest labeling for true consumer information.”

I doubt that Desert Door will be the only company north of the border to face this issue. Dasylirion grows across a large swath of the southwest and given the interest and increasing demand for sotol I am sure there will be other US distilleries opening. But this is an important conversation to have as the world becomes more fluid and words become further disconnected from any actual origin. But at the end of the day, the consumer will decide what s/he wants to drink based on a number of factors with flavor and price and reputation being primary. Again from the Vinepair article:

When a consumer picks up a bottle of California Champagne they may well believe that “all sparkling wines are the same,” but aside from the most geographically challenged among us, no one believes these bottles come from France. This may well be a problem, but it seems like a good one to have. When the typical wine drinker heads into a shop and asks for a good bottle of Champagne he or she is more often than not looking for “Champagne from France.”

I imagine the same will ultimately be true for sotol.

If you want to get a bottle of Desert Spoon, you’ll have to head to Texas. Currently the company has no plans to extend outside of Texas, “It is the 10th largest economy in the world,” co-founder Brent Looby proudly told me. “True, but California is the fifth.” I responded with a smile.