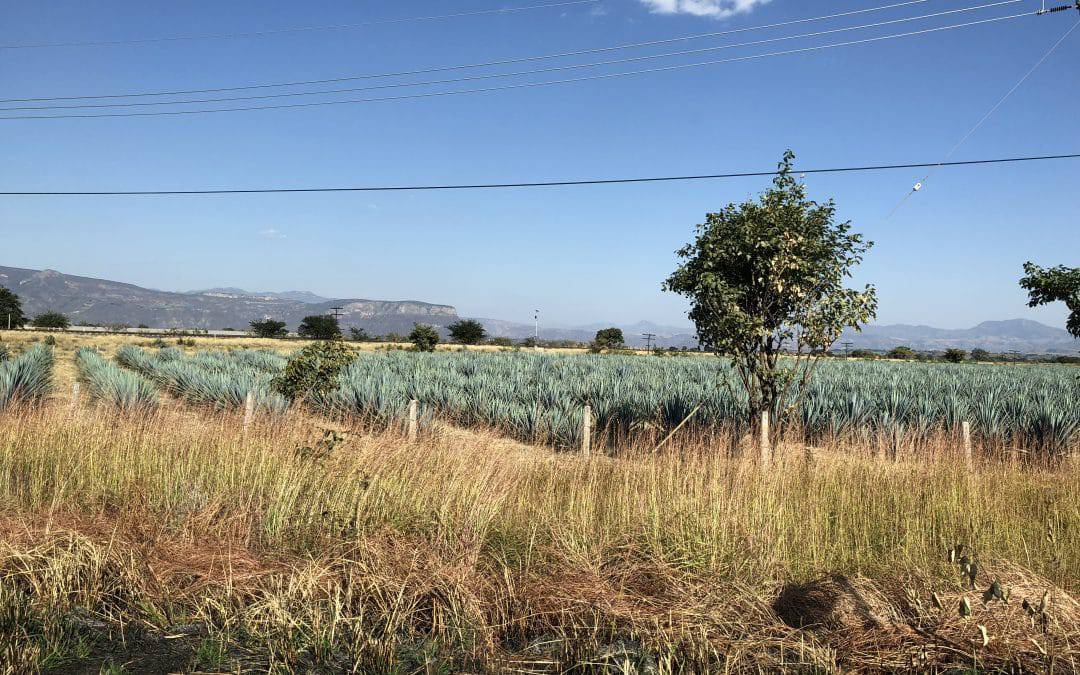 I’m still catching up with things from my trip so I’m late to this Insta post from Tequila Matchmaker last month which charts what they know about blue agave prices today and projected into the future.

Here’s the good news on the “agave crisis”: We are (hopefully) reaching the peak at $27 pesos/kilo. The bad news is we will likely experience a similar, or worse, situation in about 12 years. That’s because this cycle of boom and bust in agave availability and pricing has been happening since tequila was popularized. You can keep track of the market price for agave by visiting this site: http://agaveindex.com. . #agave #prices #news #agavecrisis #tequilaindustry

The chart is fantastic but the real meat of this discussion is in the article they’ve written about the topic here. It lays out their research methods as well as many of the major factors moving the price of blue agave which range from market speculation to Mexican tax policy to the growth of the diffuser in tequila production. This is all incredibly rewarding reading so I heartily encourage you to read and digest it both for what it says about the world of tequila and for what it portends for the world of mezcal.

There is plenty to discuss here, especially four big questions that I’m not quite sure have been answered. With that in mind, here are the open questions that we have been discussing. Feel free to jump into the comments section.

The biggest assumption here is that we’re on a continued 12 year cycle of boom and bust which mirrors the growth cycle of blue agave. When there’s a shortage of agave, farmers plant more of it. But when those crops mature, there is a glut of agave on the market which forces the price down. That has definitely happened before but there are a few more factors in the mix today. The last glut was 2007 which means that we should be ready for the cycle to turn again.

The biggest change is that the world of agave, blue agave in particular, and agave spirits has changed radically over the past 12 years. Demand for tequila has steadily risen and last year was the second highest production year on record. And that was second to…. 2008 just 11 years ago so just on the precipice of that 12 year cycle but at almost double the volume. Take a look at the following graph from Statista (click through or follow this link for all the details) that charts annual tequila sales in the US which should be a good proxy for production in general since the US accounts for more than 80% of tequila exports.

Aside from a greater economic indicator (Could tequila be the missing link in prediction recessions? IE the last bust followed the Great Recession) the big questions are whether tequila follows classic economic theory and/or whether we are paying attention to the right data. You know that old canard, if demand for a product rises, the price of the material used in that product should rise as well, especially when that raw material is rare and legally limited as with blue agave.

As that Tequila Matchmaker article notes, some major companies have insulated themselves from price fluctuation through long term production contracts – if you’re as big as Patron and Cazadores that’s a major factor. But still, those are only two of the larger players, what is everyone else doing? Could it be that raw material prices reflect rising demand just like any other industry?

As many people have noted the growth trend in the tequila world is in so-called premium labels. These are marketed at a sipping market and are charging a premium. As with many spirits this has created two markets, super cheap well tequilas for all those low cost margaritas and higher end tequilas that just might also be the brand name someone with means wants in their margarita.

We’re seeing the same sort of change in the mezcal world and it is causing the same sort of problems that the tequila market is seeing, difficulty distinguishing brands who stake their reputations on quality amidst brands that will price their bottles as low as they can to get into bars. And, in most cases, the same company will own both types of labels because they think they need a cocktail tequila or mezcal to get into a bar, that’s where the volume comes in, and then a higher end label that they hope to sell more of over time.

Turning back to the agricultural question, does this make a difference for agave cultivation and pricing? It certainly seems like diffuser tequilas would be perfect for mass market cocktails so maybe that side of the tequila world is exerting less pricing pressure on agaves. That’s where all those underripe agaves are going so does this alter the timing of the boom-bust cycle because diffusers don’t need fully ripe agaves? If it now only takes three years for a farmer to sell instead of seven does that mean that there are two different growing and economic cycles, one for the diffuser crop and another for the premium crop? Would that lessen the impact of the long boom and bust cycle by making it so short?

Agave syrup as a market mover

The other major change from 12 years ago is the development of agave syrup. It’s now a massive industry. Whereas some blue agave from Jalisco was part of the agave syrup boom, it now appears that huge amounts of agave from across Mexico are now used exclusively for syrup.

As outsiders it’s hard to estimate what sort of impact this is having but the conversations we’ve had with growers across Mexico and other anecdotal comments certainly make it seem like the rest of the country is pouring agave into the syrup business. If that’s the case, why is anyone using agave for syrup in Jalisco? Perhaps they’re not and instead just importing it to production facilities there. Someone with information please speak up!

Looming behind all of this is a set of questions about how to manage the business and who should get paid. Since the growth cycle of blue agave is a constant, creating a contract based system or an agave futures market should be straightforward. I know, these things are difficult in the best of circumstances but since some companies are already doing it, why haven’t others followed? As Tequila Matchmaker notes, some major brands like Patron have been taking steps to smooth out the business cycle. This makes their business projections much easier and also guarantees stability to their contract growers, the little people get paid as well as the big ones and everyone wins.

But there’s also a simple question of expectations. If demand is rising and there are limited natural resources shouldn’t those resources be priced higher and shouldn’t their owners earn more? It’s a deceptively simple equation but also one that almost always holds true. So, why aren’t small farmers getting paid more and why is the general assumption that higher raw material prices are a problem rather than a natural part of an evolving business?

The news you can use part of this conversation is that you can exercise your consumer power. We’re huge advocates of paying more for quality and we’re glad that Tequila Matchmaker agrees.

Spread the word. You get what you pay for. Teach other people about this issue, and encourage them to support brands that are doing something to help solve the sustainability issues outlined in this story. If you are a bartender, you’re on the front lines as an educator. Start by getting the mega cheap brands out of your well, and off of your bar.

Honestly, I don’t know. I’m not on the ground in Jalisco nor any of the other states in the tequila DO so I can only do so much research. I do know that demand for agave everywhere in Mexico is growing at a crazy rate. Everyone I talk to doesn’t think that blue agave prices can stay this high but some of them think that it may not drop that much either.

Meanwhile the rest of Mexico hasn’t been insulated from this issue either. Prices are high in Oaxaca for espadin because demand for mezcal is so high but they’re not alone, in her trip to San Luis Potosi this June Susan saw that agave was a huge export. With all of this in mind I’ll leave you with three thoughts: