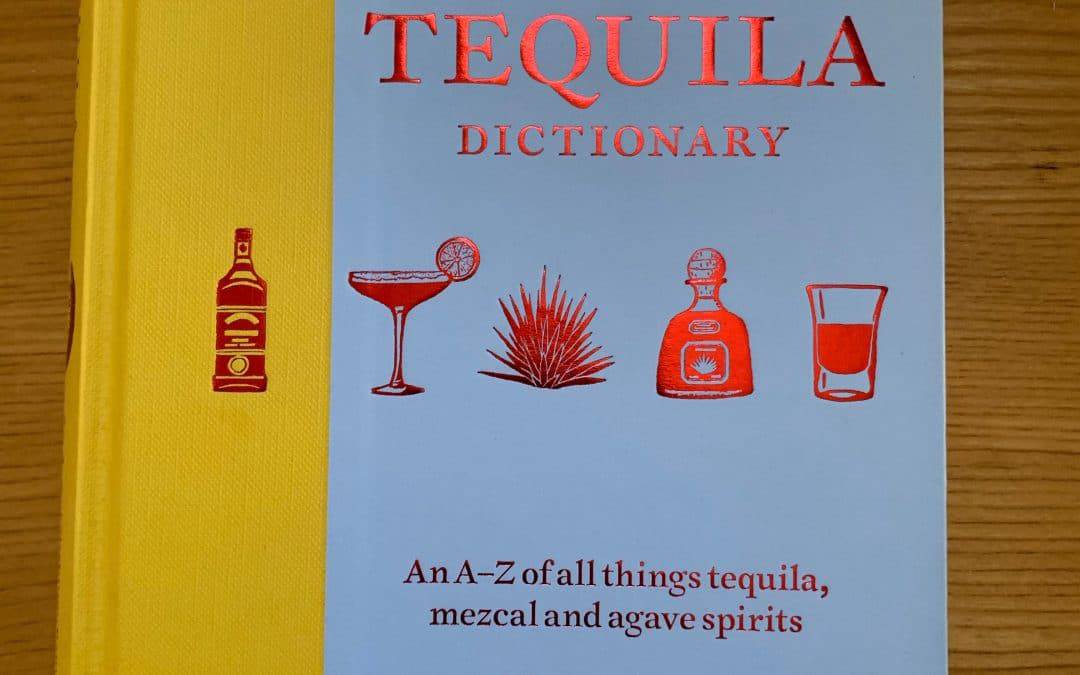 American Distilling Institute Director of Spirits Information Eric Zandona has written The Tequila Dictionary, a very useful guide to all things tequila while connecting it to the world of agave spirits. He obviously sucked up tons of information while living in Oaxaca and has been a keen observer of the entire agave spirits space. 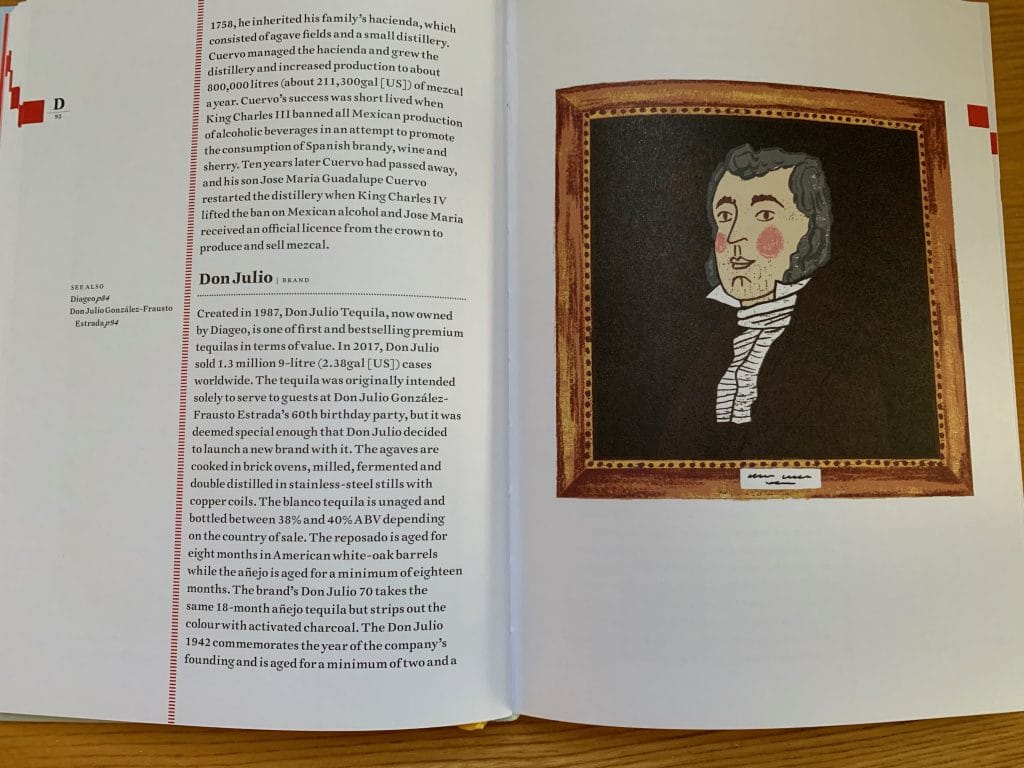 The entry on Don Julio from The Tequila Dictionary.

Treat this as a field guide to the terminology, major players, and the milieu of the tequila world. The attention to nuance and details is very helpful, the entire book is cross referenced so that you gain a fast sense of how everything in this world is related and where to go with your next query. And in choosing a wide variety of topics ranging from brands like Beam Suntory to animals like Bats and issues fundamental to tequila like boom-and-bust-cycles he creates a knowledge map of the world from the perspective of tequila that is all embracing. This includes key cocktail recipes which sketch out our changing relationship to tequila and fun illustrations that also happen to inform by Tom Jay. 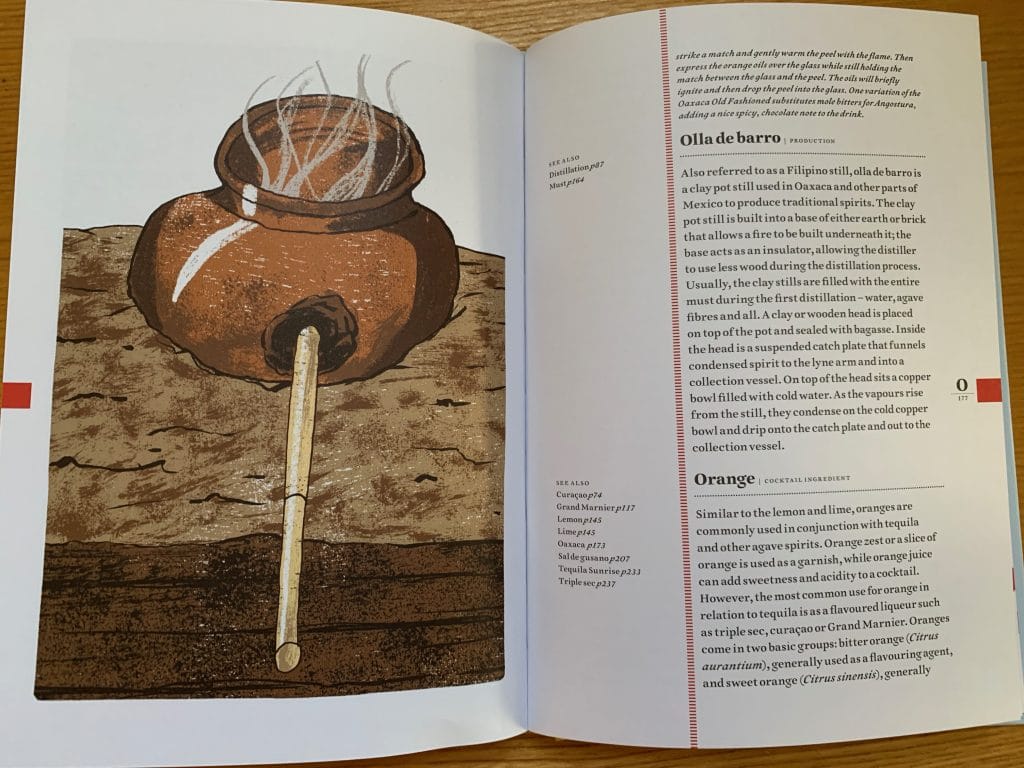 It’s also a great history lesson through a kaleidoscopic lens that includes the fun stuff (“Songs about tequila”) and the important (Diffuser) wrapped in smart, understated, prose like this “The common thread of these songs depicts tequila as a party spirit that causes people to overindulge, use poor judgement and act abnormally from their usual self. This is an unfortunate stereotype that puts the blame for people’s poor choices about alcohol consumption on what can be a meticulously crafted and beautiful spirit.”

You can use the book as a guide to where the tequila world ends and mezcal world begins: The fact that there are so many entries about mezcal is a clear indication of just how close these worlds are growing and that they share a common history. It feels more like an encyclopedia of agave distillates under the cover of being solely about tequila which might be either far sighted or demonstrating an idea of where the tequila audience is today. 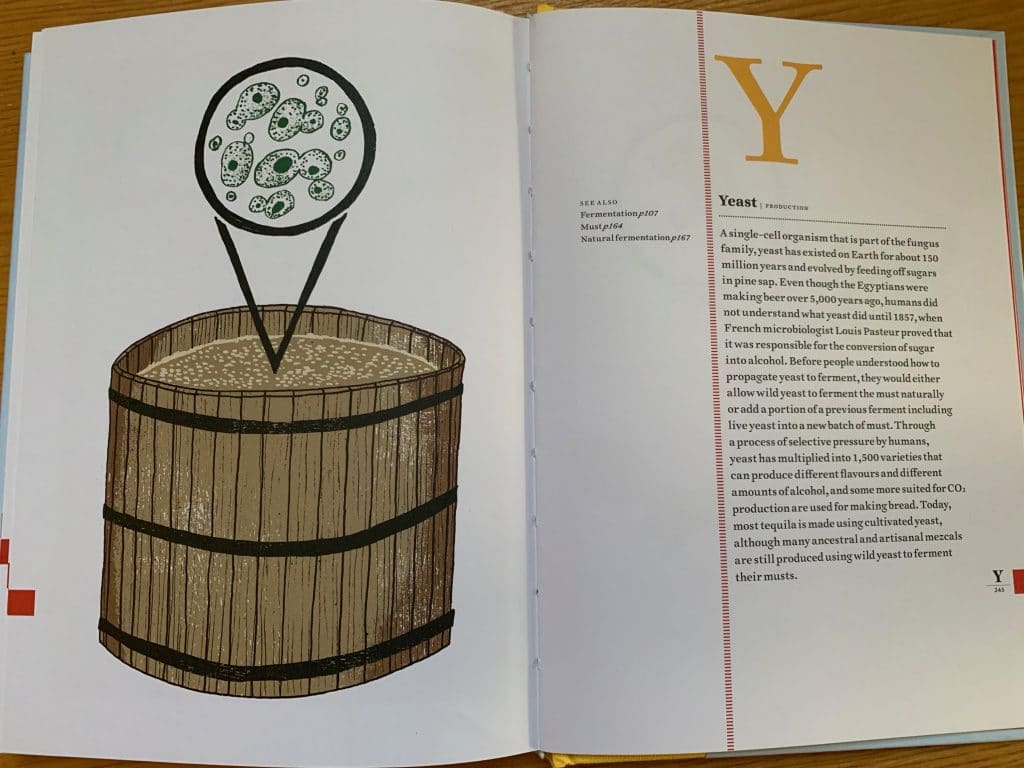 The entry on yeast from The Tequila Dictionary.

It’s so nice to be thanked! Both Susan and I come in for mention in the Acknowledgements along with notables like Ana Valenzuela. That’s fine company!