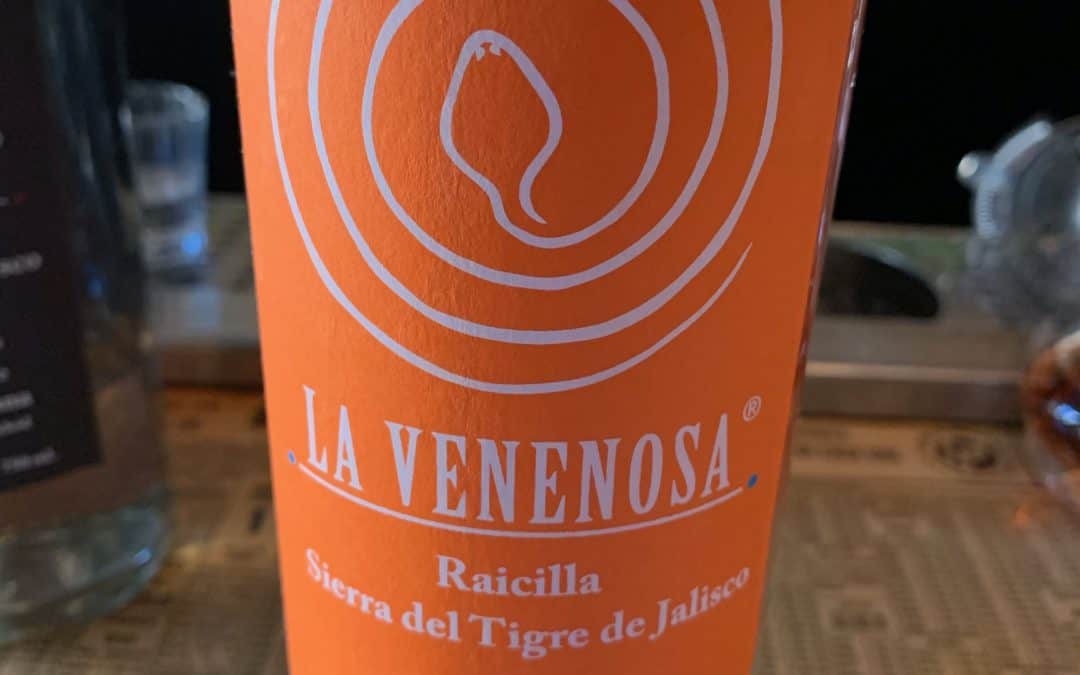 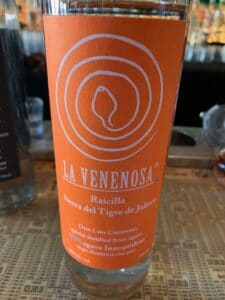 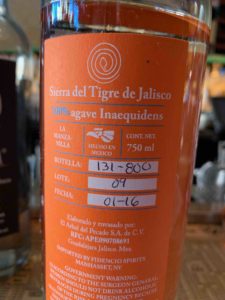 This is easily one of the most distinctive mezcals available in the United States and it’s the fruit of a distilling process that is as basic as it gets. If people were distilling in Mexico before the Spaniards arrived, this is probably how they were doing it. 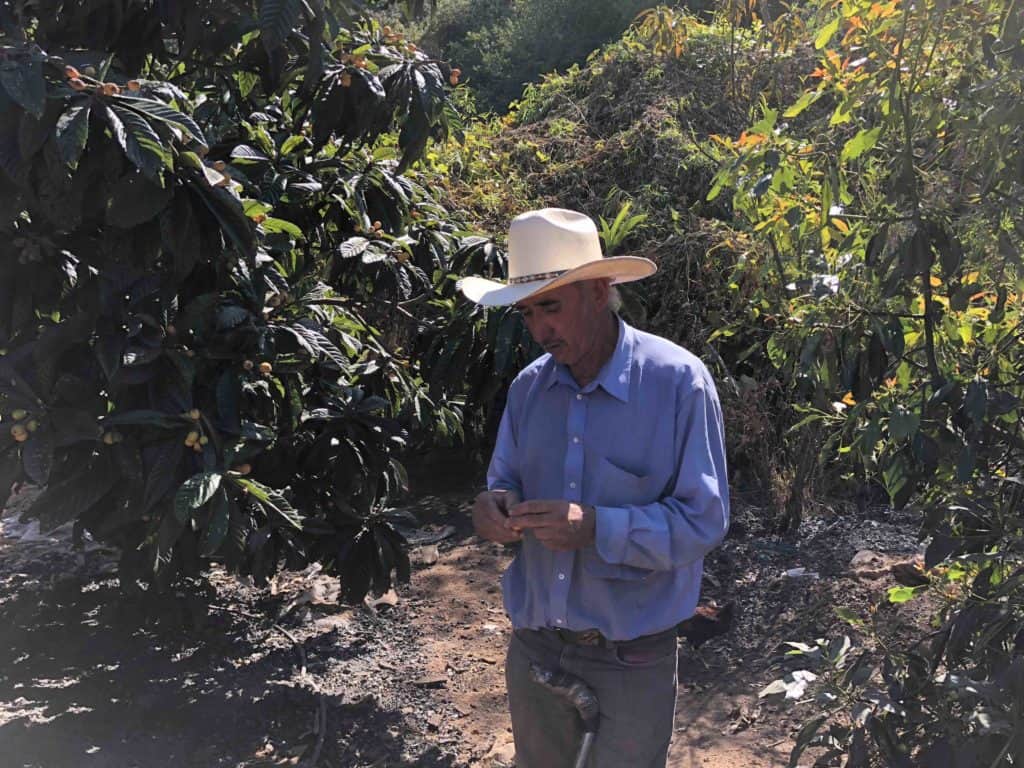 This is easily one of the most unique spirits commercially available in the United States. I’ve only found spirits this distinctive traveling to distillers around the world and carrying bottles back in my luggage. The nose and flavor are redolent of fermented butter,  the distillation process is just as unique. It’s a wonder of distilling that Don Luis Contreras gets it up to 46% ABV in a single distillation run in clay pots. His olla set up is like something out of a science fiction film, a cluster of pots all cemented together with the leftovers of previous distillation runs. Venenosa imports about 700 liters a year because Don Luis’ production runs are so small, he really can’t make that much more. 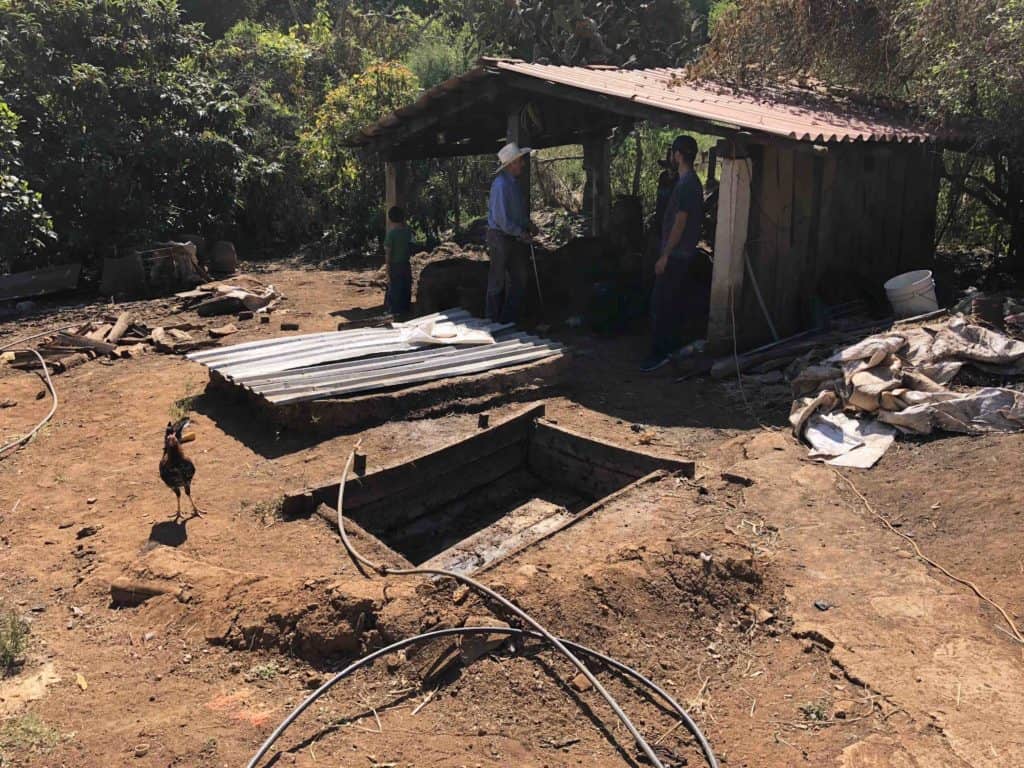 Don Luis is an amazing character straight out of central casting. His facility is spread behind his house next to chicken coops and surrounded by local fruit trees including a huge loquat that has delicious fruit. He roasts in a really small pit and his fermentation spaces are wood lined boxes cut into the ground. I suspect that much of the magic of this spirt originates in those fermentation boxes because they’re so dense and surrounded by amazing flora. He makes the Tigre from wild foraged Inaequidens, a close relative to cupreata. Locally it’s known as Bruto which means ‘brute’ or ‘beast.’ 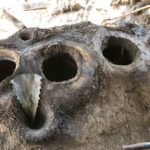 The base of the still. 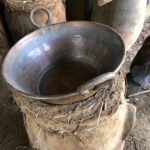 An olla with a copper cooling pot. 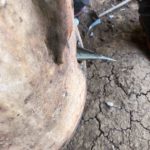 The penca tip guides the raicilla out of the still. 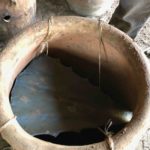 Inside the still the penca catches the mezcal.

His distillation process makes for a stunning visual display – it’s a filipino still but it’s easily a candidate for the pre-hispanic distilling theory. It’s a cluster of clay pots cemented together with bagasso topped with copper pots. He uses agave pencas to catch the mezcal as it drips down and into a catchment vessel. 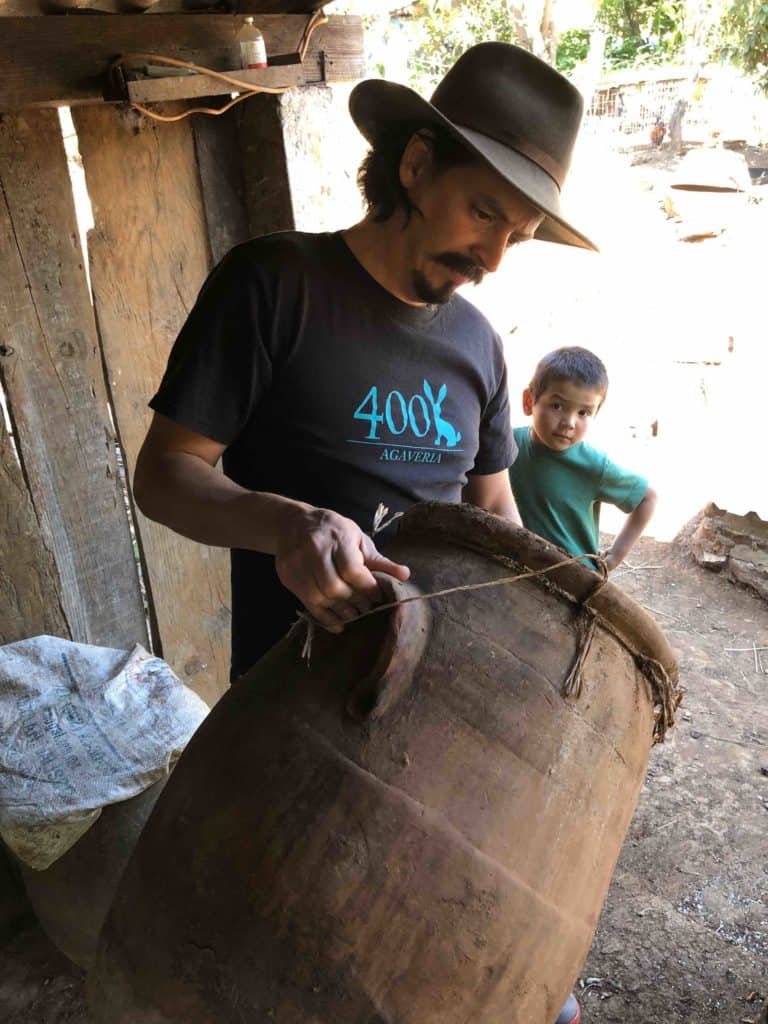 Special credit needs to go to Esteban Morales Garibi the recovered chef behind the La Venenosa line. He has done amazing work by bringing spirits like this to the wider world. On top of that achievement he also has amazing taste and a keen sense of humor. I love that he called his company “El Arbol de Pecado” or the tree of sin. Though, it has to be said that if the Sierra del Tigre has any association with sin then I don’t know what good works are. 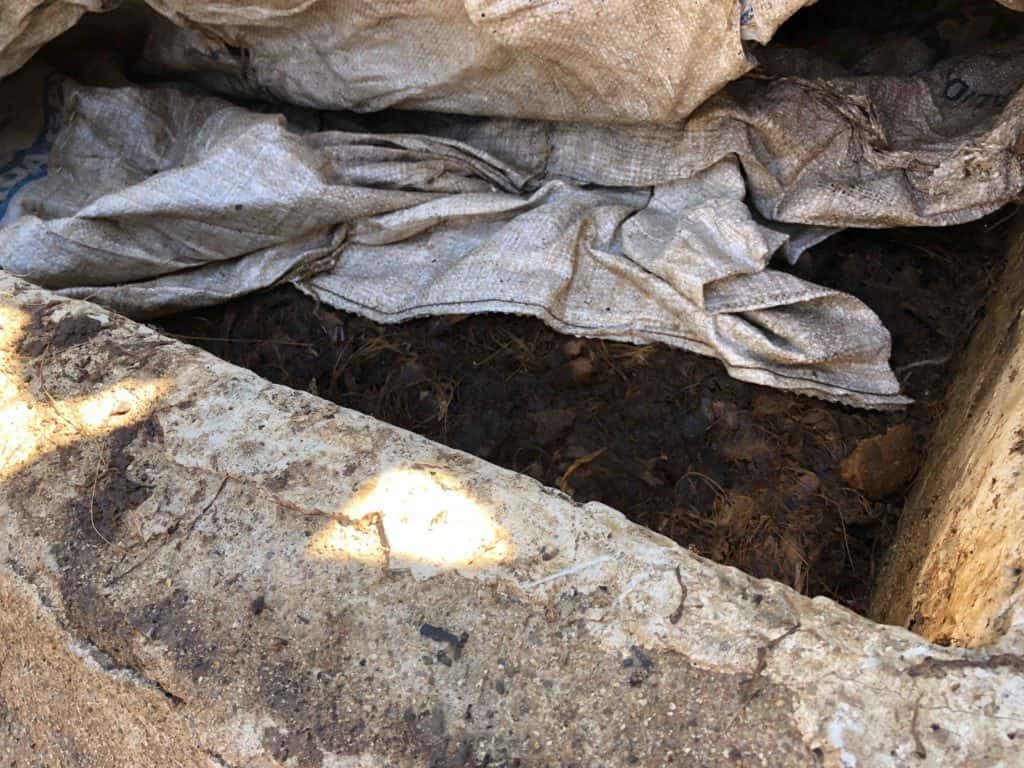 The nose on the Sierra del Tigre de Jalisco is incredibly distinctive, it hits you like fermented butter or cheese and doesn’t change. The flavor matches that aroma. It’s incredibly full of a rich fermented butter, all round and sweet. Don’t get me wrong, it doesn’t coat your mouth, the spirit is all flavor and very little viscosity. It has a rich background flavor of roasted agave emerges with some real nuttiness that reminds me of fermented masa or cashew butter. 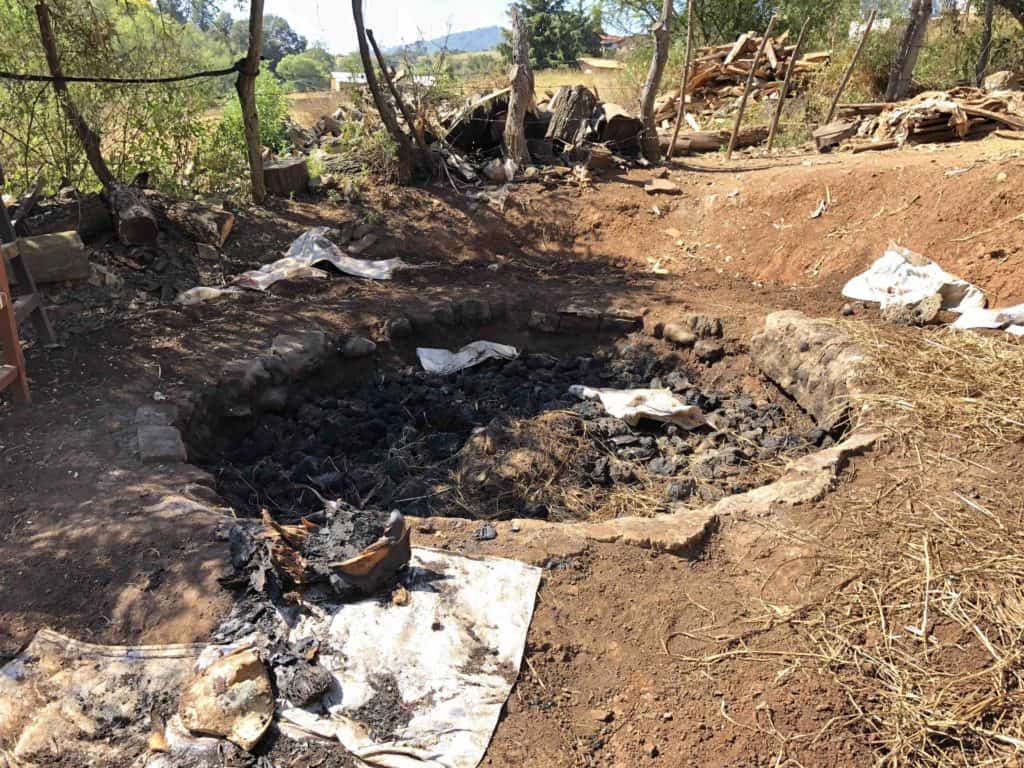 It’s like an escapee from the NOMA fermentation lab except that it’s actually the profoundly local traditional product, the OG of the fermentation world, that inspired Rene Redzepi and his crew in the first place. The flavor is off putting because it’s so unique – it’s so rich, balanced, and expressive of what’s possible in distilling. Of course it’s so rich that I can’t drink much of it so drink it strategically, it’s a fantastic finish to a meal because it stands up to food extraordinarily well. 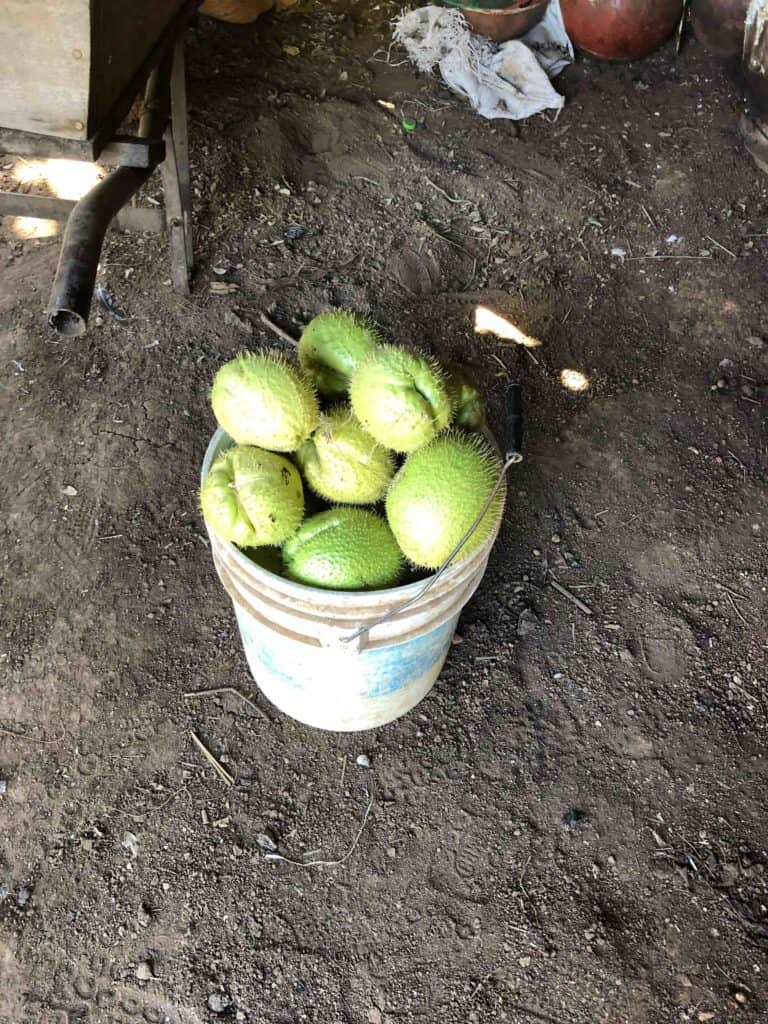