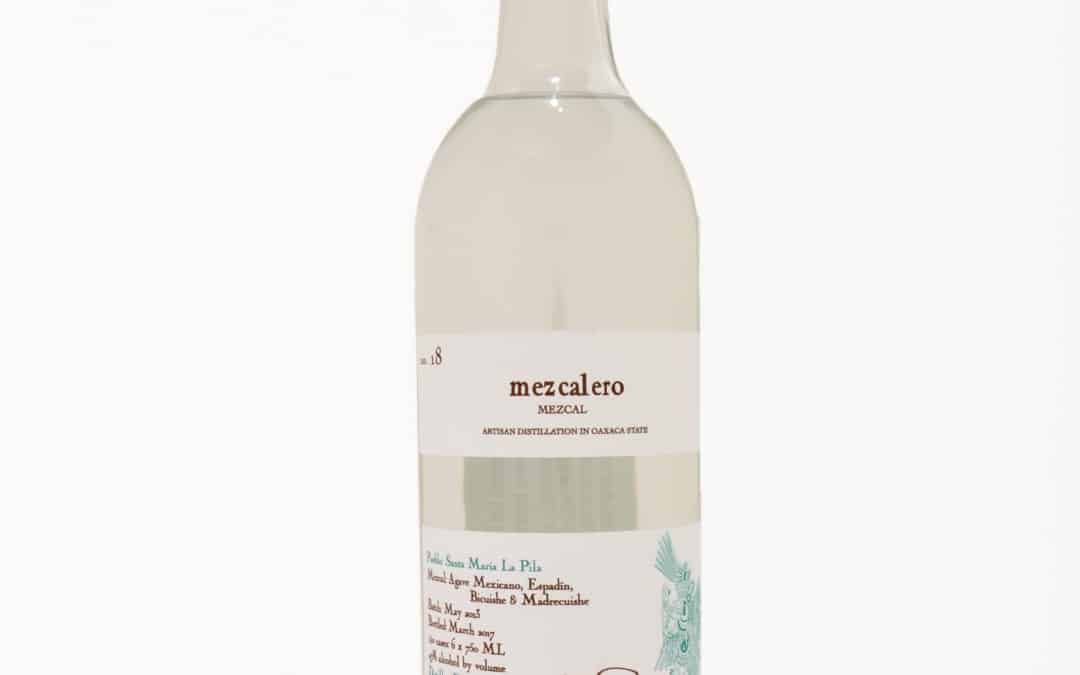 Ansley Coale at Craft Distillers continues a stellar run of small batch releases with the Mescalero #18. This is a mix of Bicuixe, Madrecuixe, Mexicano, and Espadín from the Miahuatlan area. Don Valente is the maestro mezcalero behind this bottle as well as the justifiably popular Alipus San Andres.

Another Mezcalero, another special batch. This bottle is distinguished by the agave blend which screams Miahuatlan what with two members of the Karwinskii clan in the mix but that Mexicano isn’t as common. While the espadín was cultivated, the other three agaves were harvested wild.

The other key to this batch that it’s been resting for a considerable amount of time, four years in a stainless steel tank. As Ansley Coale says in his video dispatch about it, Don Valente set this aside for a rainy day and we’re very fortunate that it’s landed on our doorstep because that time resting smoothly integrated it.

It is classified as artisanal under NOM 70 and hews to all the standard production methods: It was roasted underground in a stone lined pit, fermented with native yeasts in cypress tinas, and double distilled in copper pots. The one slight variation is that Don Valente Garcia uses a shredder from which he has removed more than half the teeth because he thinks that it has a better crush.

On the nose it opens with hints of roast plum and wild rose with some heavy base notes of sugar cane and roasted agave. On the mouth this is incredibly mellow and well rounded. It’s very subtle and reveals itself in layers, a bit of mineral spark here, round sweetness there with a very lean finish. A mezcal that I could easily sip for a whole evening.

Ansley says the karwinskiis have a bit of bitterness but chocolate to them and gives it the concise description as “controlled power and spice” which I’d readily agree with. Watch his tasting notes in the video below.