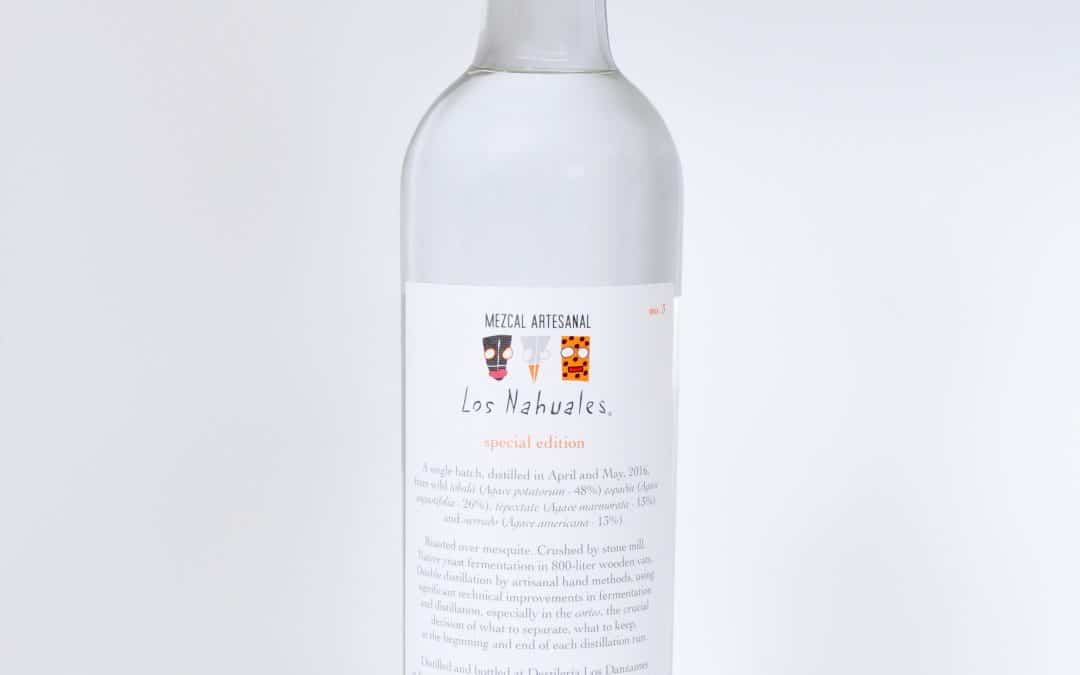 The Los Nahuales Special Edition No. 3 sings of balance and diversity, reflecting the ensemble of agaves within.

All balance, the nose gives you ripe agave, a touch of anise, and roasted mesquite.

This is one of those very smooth and balanced mezcals. It starts very light on the palate, a nice mineral charge, then deepens as it moves over your palate through a bit of tropical fruit and finishes with a more acidic bite. There is very little viscosity and a lingering flavor of mesquite.

This is an extraordinarily balanced mezcal, an ensemble that really contains the sum of the agaves within. It doesn’t shy from its origins, the acid charge of the mesquite is there, you can smell the roast on the nose and yet it feels deceptively light for something that is almost 50% ABV.

Los Nahuales Special Editions are Karin Abad’s project. She is in charge of production at Los Danzantes which, as the production sheet states “she supervises the roasting/milling/fermentation/bottling of all the Los Danzantes/Los Nahuales mezcals and also coordinates and manages the production/bottling of Alipus and Mezcalero.” By my reckoning that makes her one of the most prominent and powerful women in the mezcal business.

The brand name “Los Nahuales” refers to a native mesoamerican term for “shape shifter” which connects humans with the larger universe through spirit animals. Like most of the special editions imported through Craft Distillers this one has been rested for two years which results in fully integrated flavors.