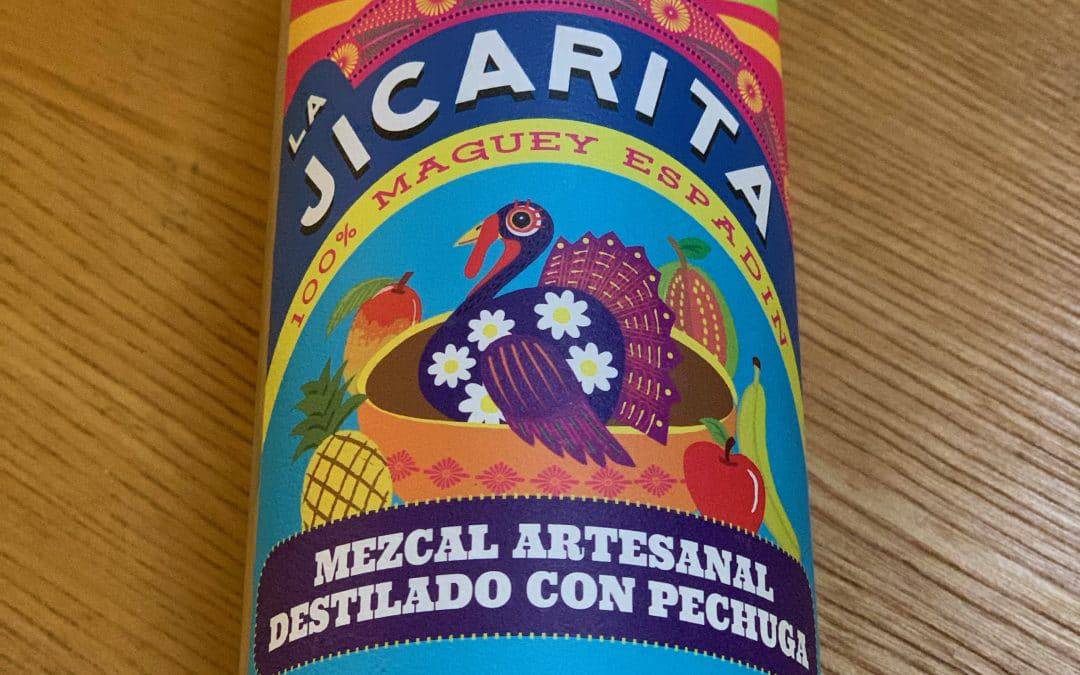 A quality pechuga – the price makes you want to drink so much more!

There’s a slight acetone element that leads to tropical fruit scents and almost a strawberry note.

Bright and light with lots of ripe banana and apple flavors. There’s also a touch of minerality that dances on your tongue.

The La Jicarita story is a pretty common one in the broad strokes but, as with all mezcal stories, incredibly distinctive in its details. Young Jung and Fred Baptista met 20 years ago at SF State, traveled the world, and reconvened in San Francisco over the idea of a mezcal brand. The idea gestated but really kicked into gear after a trip to Mexico, further mezcals, and a final decision to jump into the business.

Fred and Young had set up Frijolotes as their domestic import and distribution company. The name is a play on the Spanish word for ‘beans’ meaning ‘big beans.’ They were looking for a producer thinking that they would launch their own label but on one of his trips to Oaxaca, Fred met Don Celso who pitched them on the idea of bringing La Jicarita to the US. Fred and Young “fell in love” with Don Celso’s pechuga so they worked out a deal where, instead of creating their own brand from scratch, they’d launch Don Celso’s brand in the US and placed an order to get the deal started. They shook hands on the deal and decided to take on Don Celso’s idea and carry it into the US.

In the universe of mezcal businesses it says quite a lot about how things are moving because this is the mezcalero’s brand, La Jicarita is owned by Don Celso and can be found in Oaxaca at his palenque. Frijolote is the business vehicle that brings it into the US. Don Celso continues producing mezcal for his other clients and the idea is that he’ll continue to work with Fred and Young because their business partnership is strong.

One of the real stories is this bottle’s price. It retails for $55-65 which is absolutely insane for a pechuga in general and especially for a bottle of this quality. It has to be the most reasonably priced pechugas around so seek it out, you won’t be spending much on a great experience.