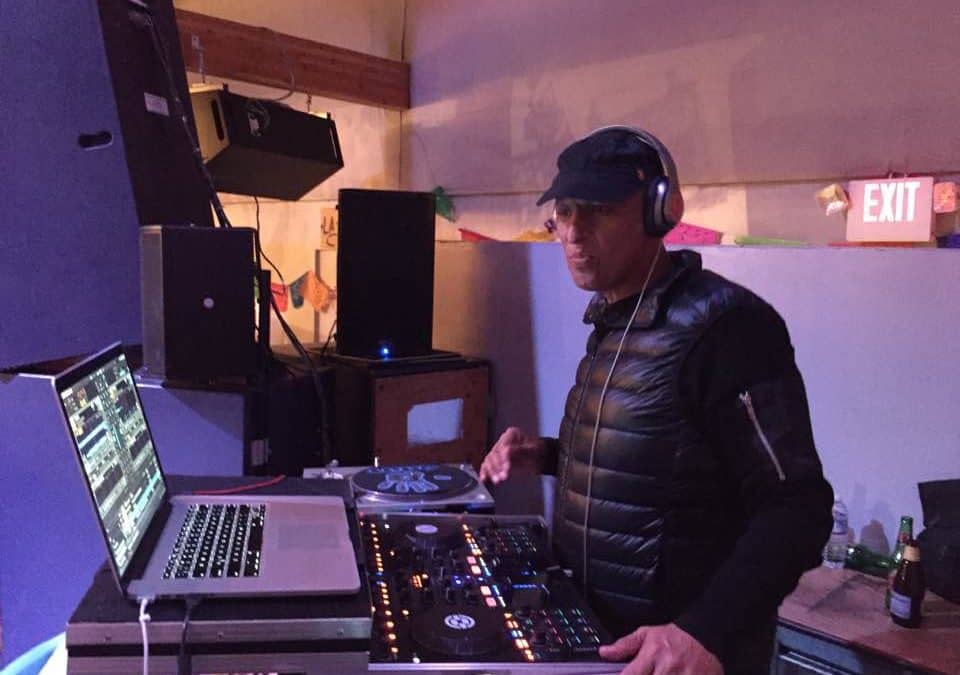 The Mezcalistas family suffered a tremendous loss last week, the passing of our resident musical director, and very dear friend, Edgardo Santamaria, DJ EKG. From our humble beginnings of the Music.Art.Mezcal series at a gallery in San Francisco to our Pop-up Pulquerias, Lucha Libres, and Mexico in a Bottle events, Edgar was there, crafting a musical program that was literally the heartbeat that drove the energy and flow.

I had the pleasure of meeting Edgar more than 15 years ago at an independent film festival party in San Francisco. We bonded over music, film, and the love of late night dancing and all things Mexico. He was a son of Mexico City and we met at a point in time when I was looking to re-learn Spanish and have a deeper understanding of a country that had captured my heart. We began with weekly lunches, where I had to not only get over my trepidation of speaking  Spanish, but also understand his puro chilango accent that was enhanced by his habit of mumbling. Things happen for a reason though I don’t think I understood the utter serendipity of our meeting till years later when what seemed like random events, the lunches, the concerts, the art openings, the parties, all intersected as Mezcalistas took shape. Through him I gained insight and access into a community of ex-pat Mexican artists and musicians in San Francisco that I might never have met. His influence was profound and coupled with my on and off time spent in Oaxaca gave lasting shape to the creative direction of Mezcalistas and Mexico in a Bottle.

Music has always been an important part of our events – as seemingly in the background as it has been. Edgar understood from the very beginning how important it was to meld the past and present in the sound of Mexico in a Bottle. He had spent years selling music and clothes in the tianguis of Mexico City and had an innate understanding of the cultural heritage that was being reclaimed by urban youth both in Mexico and in the United States. He was my gut check on authenticity, or more to the point, was always able to answer the question – is this true to the Mexican spirit? He was never a yes man, never told me what I wanted to hear, only the unvarnished truth. He had energy and vitality and a true lust for life that he brought to every project we ever worked on together. Just watch this video to understand how much the music he chose exemplified that exuberance and liveliness.

I knew this last Mexico in a Bottle SF would be his final event with us, the cancer that had been ravaging his body for the past several years finally having taken its toll. It was the setting for another seemingly serendipitous moment; a collaboration with the Arhoolie Foundation and its incredible catalog of Mexican music, the Frontera Collection. Antonio was another friend, introduced through Edgar years before (and who was part of the groundbreaking SF punk band La Plebe), who worked with Arhoolie. We had all talked previously about how we could collaborate, and finally the stars aligned this year for Antonio and Edgar to dj together and create a powerful evening of sound at what perhaps was our best event yet.

Oh how you will be missed, dear friend Edgar, DJ EKG.