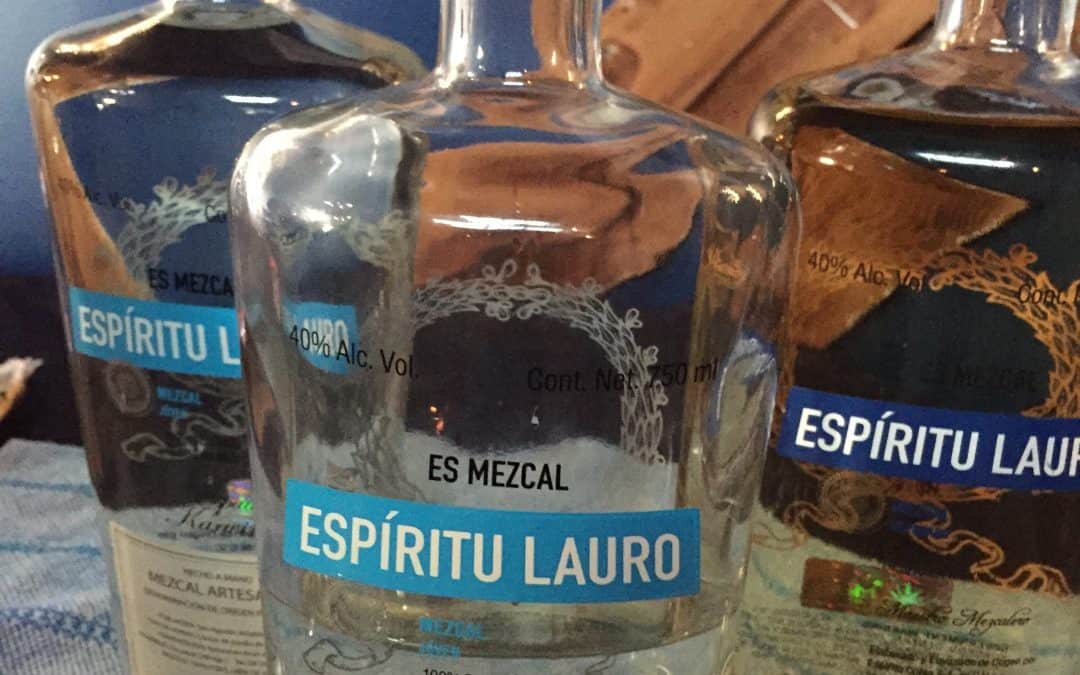 A crisp touch of roast agave.

Rich, complex, and well balanced. The Espíritu Lauro fills your mouth with a spritz sensation. The flavor opens into rich cinnamon chocolate but evolves into herbaceousness. If I were to guess, the structure and herbal elements come from the Karwinskiis, there’s enough going on here that I wonder how it would show in a cocktail. But definitely a great session mezcal, especially at this low ABV.

This is an ensemble which doesn’t make it extraordinary but it is also the fruit of a single pass distillation in a refrescadora still which does make it a rare bird. The refrescadora is most commonly identified with the Ejutla region in Oaxaca but is used by many distillers like Emigdo Jarquin Ramirez in Miahuatlan whose mezcal can now be found in the US under the Vago label.

The refrescadora doesn’t look very different from the normal copper or stainless steel still from the outside. Inside it has multiple plates which condense the alcohol as it rises enough that it doesn’t need multiple distillations. This condensation can focus flavor without raising the ABV very high. The Espíritu Lauro clocks in at 40% ABV and yet is full of flavor.

The Espíritu Lauro brand dates back the 1920’s when Don Lauro founded a palenque. His grandson Carino Lauro carried the tradition into the 21st Century when Espíritu Corsa partnered with him in 2008 and ended up buying the entire palenque in 2010. Corsa promised to keep the original Lauro formula and has since rolled out various silvestres bottles under the same label while also launching Santa Pedrera in 2012 and Buen Bicho in 2014. It feels like Corsa has a keen sense for market segmentation with Santa Pedrera being a very traditional Oaxacan mezcal, Buen Bicho a cocktail mezcal, and Espíritu Lauro a more nuanced sipper.