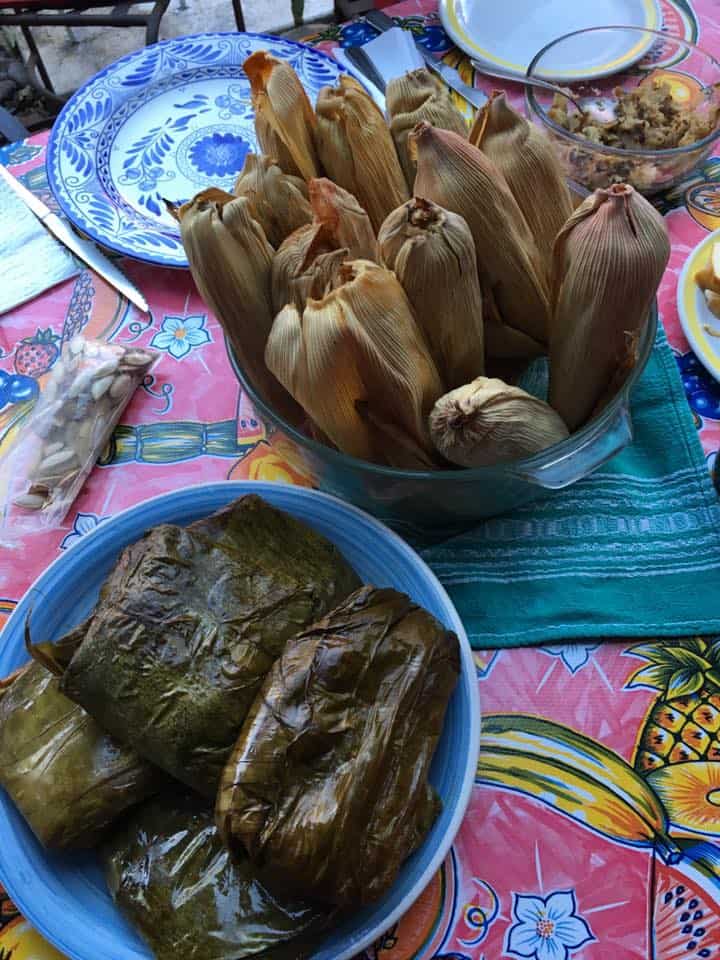 Isaiah,  my 12 year old growing boy,  requires a constant supply of sustenance. For a budding teenager, he has a pretty developed sense of taste, aside from a couple of major failings, number one being he does not like Oaxacan chocolate followed closely by his disdain of that oh so Oaxacan dish, mole negro. He will however chow down on a bag of chapulines and even has his favorite vendors at the 20 de Noviembre market.

Isaiah is an oddity. He is not like some of the foodie kids you encounter in the Bay Area, which is to say precious, he just loves food: Thank god for the insane exchange rate! He would happily eat octopus a couple of times a week, loves gamey meat, thinks enchiladas drenched with salsa verde are the best, and will try anything, except vegetables, once. He has very strong opinions on sauces, and makes a mean fried chicken using sal de gusano. He can also tell you the difference between tequila and mezcal, but thinks both kind of suck, even though he did try to buy me two bottles of mezcal for Christmas. He is also a terrible dining partner as he gobbles his food in 15 minutes and is then ready to go.

Left to right – vanilla, nuez, tuna – a flavor for everyone

But if there is one thing he loves more than anything it is exploring markets and eating anything there. As much as he hates chocolate, he loves vanilla, especially vanilla ice cream. And he loves Mexican vanilla, which in my humble and semi informed opinion, is the best vanilla to be found and should be more prevalent in the market in the US. After being introduced to tacos and taco trucks at the age of three, he has a particular fixation on street food and has made it a point to seek out not only the best tacos, but also elotes, hamburgers, and quesadillas.

Over the years spent in Oaxaca, we’ve explored just about all of the markets in the city, and a few outside like Tlocalula and Ocotlan, so this trip we decided to check out the markets in Etla and Zaachila. The amazing thing about the markets in Oaxaca is how much each retain such an individual identity. While you see more and more cheap plastic items and other crap making inroads into the markets, you can still find all the distinctive local items that make the markets worth a trip unto themselves – especially the local dishes, artisans, and sights.

The barbacoa in Etla

We hit the Wednesday market in Etla for the first time this year and found ourselves gorging on barbacoa at 10 in the morning. It was absolutely delicious – perfectly cooked, with balanced chile flavor and oh so tender. And despite Isaiah’s lack of Spanish, he and the man serving up the barbacoa developed a repartee and soon he had Isaiah tasting all sorts of other things, including sangrita, a pressed and baked blood dish. Then there were the salsas – a range of habanero, verde, morito, and more offerings. Bellies full we still managed to eat ice cream, taste cheeses, and pick up some delicious fresh baked flat breads. Also, despite promising ourselves that we absolutely did not need and would not buy any ceramics on this trip, we bought a set of beautiful blue and white plates from a lovely elderly couple from Aztompa. We topped the day off with a stop at the Centro de Artes San Augustin (CASA), a restored textile factory now home to a beautiful art center.

The surrounding hillsides near Cuilapam

The next day we headed toward the market at Zaachila, with a detour to Cuilapam to visit the Iglesia sin Techo (roofless church). This is such a gorgeous spot and is well worth a trip. Oftentimes visitors (myself included) can end up spending all their time in the city that they don’t get a chance to experience the lush beauty of the surrounding countryside that sits just outside the centro. As the driver meandered around Zaachila to get us as close to the market as possible, we entered on a small alley that was lined with the most incredible murals from Dia de los Muertos. This long alley sits directly across from the panteon (city cemetery) and we were so happy to have stumbled upon it.

One of the Dia de los Muertos murals

Immediately upon arriving at the market, we made a beeline to the food (starving 12 year old boy) and stuffed ourselves with carnitas at the Thursday Zaachila market. The carnitas was  perfectly cooked and flavored – we also sampled a simple caldo de pollo packed with subtle flavor, clear broths don’t get any better than that. Zaachila for me was the perfect market – it is small and compact and easily navigable. It was nuez (pecan) season so we gorged on them as we walked around, tasted honey (always), and bought lots and lots of avocado (another thing Isaiah hates, but touch luck.)

I am thinking at this point Isaiah could lead his own food tour in Oaxaca. He has the most uncanny memory, and like any good Oaxacan, has no idea what street you might be on, but definitely knows that the best elote in town sits in the shadow of the Catedral, right on the corner of the street that leads into the Zocolo and is right by the post office (Hidalgo and J.P. Garcia).