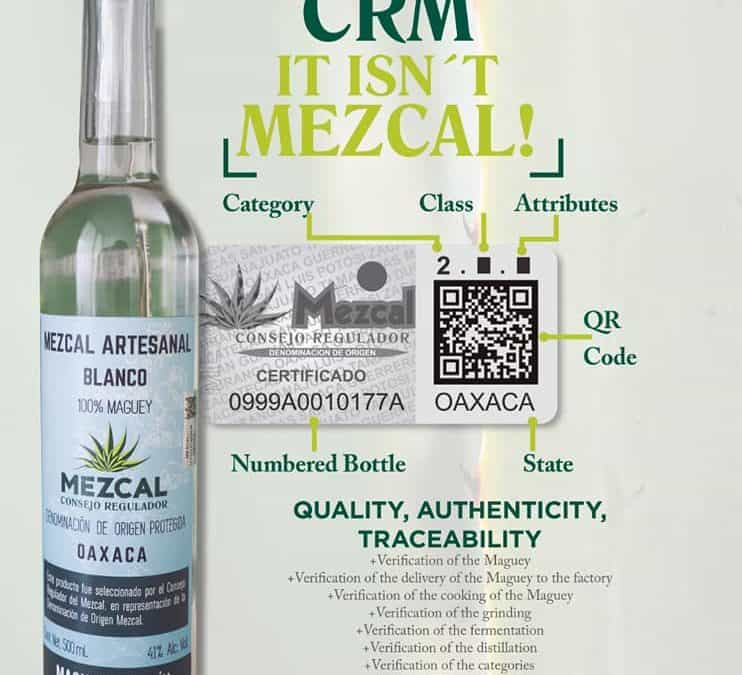 Over the weekend there was big news out of Mexico in the world of mezcal, the Director General de Normas fined the CRM for misleading and deceptive marketing practices regarding their hologram campaign as well as other behavior. The fines total almost $45,000 USD.

It is important to remember that the CRM is an independent organization not part of the Mexican federal government. From Clayton Szczech:

The Denomination of Origin for Mezcal (DOM), like all Mexican DOs, is the intellectual property of the state. The federal government authorizes “certifying bodies” and “verifiers” to evaluate and certify DO products, in accordance with various Mexican Norms. The General Directorate of Norms, within the Secretariat of the Economy, is the ultimate authority on these matters, and is responsible for authorizing certifying bodies, verifiers, and laboratories. The CRM is the original certifying body of the DOM, and also supervises verifiers and a laboratory. While most of us habitually think of the CRM as the sole arbiter of all things mezcal, this government ruling is an explicit reminder of where that power ultimately lies.

It seems the spark for the complaint and resulting fine came down to the CRM campaign regarding the hologram on bottles of certified mezcal, “If it doesn’t have the hologram, it’s not mezcal.” Again per Szczech “The fine imposed for the ‘hologram” violation ($260,640 pesos) was the minimum established by law. However, the SE imposed the maximum fine ($695,040 pesos) for the “particularly grave” harm done by “intentionally, repeatedly and unjustifiably” refusing to recognize other certifying bodies and verifying units, creating confusion among consumers, and impeding producers’ access to domestic and international markets.” You can read his full article here.

The federal government had previously recognized three other organizations to certify/verify mezcal as we reported here, but in February of this year, a Mexican court ruled that the CRM was in fact the only organization who could oversee the certification and verification process.

The CRM has 15 days to respond to the Director General de Normas. This sets up the scene for a very political fight between the Executive and Judicial branches of the Mexican government and who will ultimately determine whether or not the CRM will maintain its hold as sole certifier/verifier of mezcal or if other previously recognized certifiers may proceed. Stay tuned!