Crisis is the mother of creativity 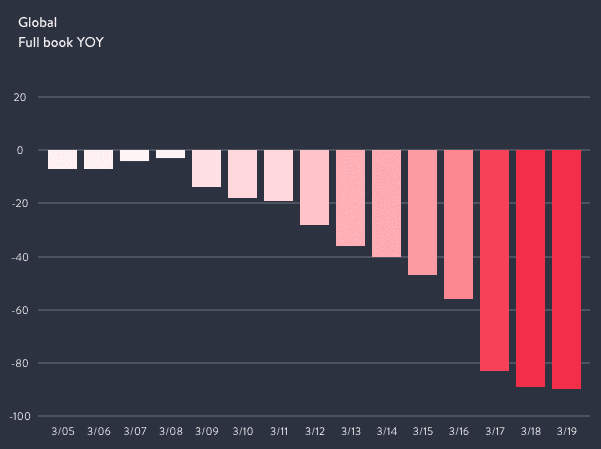 Watching the explosion of responses to the Coronavirus crisis within the bar and spirits world has been amazing. It reaffirms what all of us know, that this is an amazing community of people dedicated to their jobs and the people around them. Whether it’s Bobby Heugel’s petitions, Bar Clavel’s innovations to care for staff while servicing their customer base, El Destilado’s GoFundMe campaign to continue paying staff salaries during their closure, or the massive donations to the USBG fund from spirits companies like Illegal, it’s pretty breathtaking.

SOLD OUT We will be open tomorrow at noon and potentially expand our hours! We are overwhelmed by your support – so many people rolled their windows down and gave us encouragement. Because of this busy service we can bring in a couple more people which will make the service safer and more efficient as today we worked in a ghost squad with a multi tasking hustle. Thank you … thank you

Will this change things permanently?

Watching all this action and hoping that all those $1,000 checks are funneled quickly into bar and restaurant sustenance projects make me wonder whether this crisis really will only make us stronger.

The race to survive this brutal moment has already revealed some awesome innovations. Everyone that can is going digital, my favorite radio station, New Orleans’ WWOZ now has a virtual gig calendar instead of the live wire, my gym is doing Facebook live work outs, my daughter’s school system is desperately trying to catch up with digital learning initiatives. And everyone else is working out some version of drop off or pick up or vouchers and it’s international. I hear that a great cafe in Rome is doing it and so is Sager’s in London. In our digital age everyone is looking at what everyone else is doing and stealing the good ideas.

But there are plenty of things that aren’t going to go back to where they were. Some bars and restaurants are already closing permanently, places like San Francisco’s Locanda was already on the knife’s edge and couldn’t even contemplate making it in this sort of environment. Others will definitely follow suit, especially as the crisis drags on. Worst of all there are the people who aren’t going to be around any longer. Those mortality rates look very abstract until they hit someone you know. As a New York Times journalist put it, this may be like the Spanish Flu where everyone knew someone who died. If that’s the case then cherished friends, family members, and simply another smiling face will be gone.

One of the more amazing and amazingly nimble responses so far has been states relaxing laws regulating alcohol. California and New York may be out front of a wave of changes. And, if it’s ok to offer to-go drinks now, why not always? That’s the New Orleans example. As all the separate alcohol regulations authorities set out temporary rules or are simply overrun by the innovations of the invisible hands of so many bartenders, will that create an eventual movement for permanent alcoholic beverage regulation reform? We all know that it needs to be done, maybe this will change the momentum just a bit.

And, as we prove the importance of standardizing everything so that we’re all treated as human beings with equal access to unemployment and medical support, that could really be a game changer in helping to make hospitality more of a profession. Maybe once the reality sinks in that, no, private school kids aren’t the only ones who should get digital learning initiatives, that NBA players really don’t need virus tests when the most vulnerable can’t get them, and that rich people bugging out to bunkers says something pretty fundamental about their relationship to the rest of us; maybe then we can reshape our society so that we’re all treated a whole hell of a lot better. We can hope.

In the middle of this here are a few concrete things you can do to help:

Craftable has something of a master list of resources for the hospitality industry which they are updating constantly. To highlight just a few specifics there’s the USBG fund, Facebook’s small business grants, and Amazon’s Neighborhood Grants. Facebook and Twitter have been very helpful resources. Questions seem be answered quickly and links are being passed around really quickly. Plus it can be a psychological boost. Feel free to contact us, we’re collecting our own lists and doing what we can.

But what’s the end game?

The sad thing about all of this is that the response has been so scattered and really only gets at part of the problem. As brilliant as it is to see so many points of light in individual donation efforts, much of it will only provide some short term assistance, a bridge of sorts to whatever sort of interim solution we arrive at for the duration of the Coronavirus quarantine and then whatever comes after it.

The hard news is vivid in Open Table’s year-over-year snapshot of reservations. The bigger solutions really are fairly simple, unemployment for everyone, rent and mortgage suspensions, cash bonuses to people who lose their jobs and not a payroll tax vacation because, surprise!, if you don’t have a job you don’t have payroll. It’s times like this that reaffirm the need for great leadership and expose those who are simply inadequate.