An open dialogue – a Del Maguey intern talks about his experience 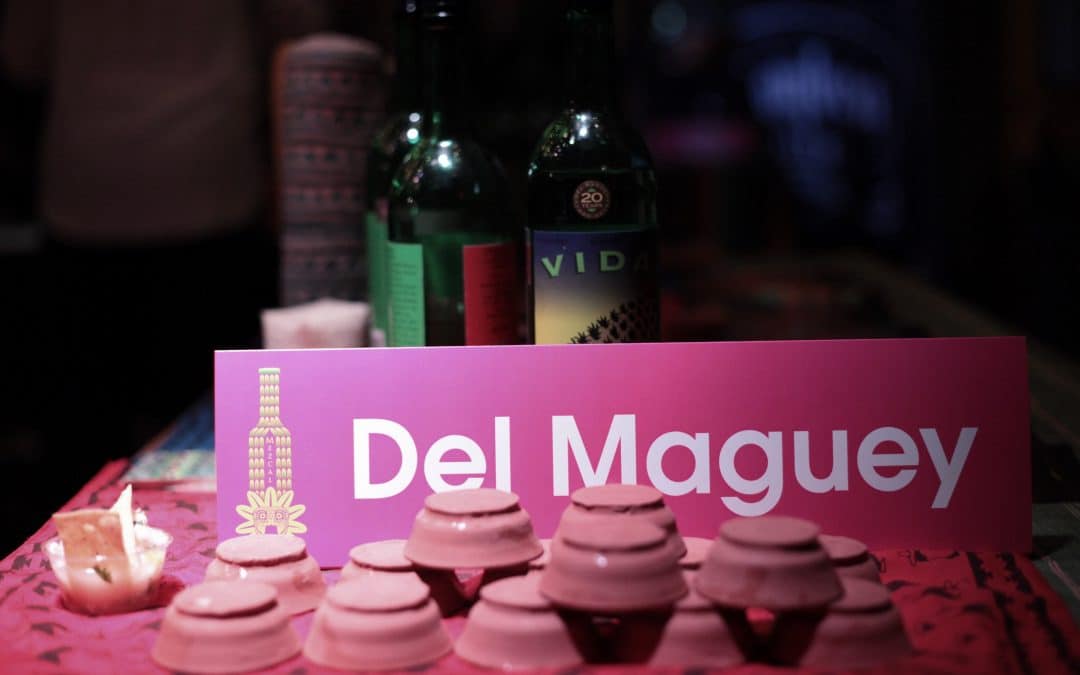 There’s a cool conversation getting underway on the Del Maguey website blog. Griffin Manos, a university student spent his summer between his junior and senior year doing an internship at the Vida palenque in San Luis del Rio in Oaxaca.  First, who knew you could do such a thing, and second, that is one dedicated student because making mezcal, as the post outlines, is no walk in the park. The post is from a long email Manos wrote to Ron Cooper about his experience and what makes this so interesting is that Ron will be responding to questions and ideas raised by the internship experience.

Manos goes into detail about his daily routine, being cut off from the outside world as there is no internet, and the realities of life in the pueblo – no hot water, the general feeling of being an outsider and how to let go of being a vegetarian.

Adjusting to the simplicity of the lifestyle, the remoteness of the village, and the loneliness that accompanies being a visible outsider who doesn’t speak the language has been a process, but a process that has been fulfilling and rewarding… First off is getting accustomed to the life that the producers live.  Without wifi, a pillow, hot water, or the option to continue being a vegetarian, the first days here made me feel out of place and as if it were possible that the world outside San Luis had forgotten about me.  After the first week here, I felt as at home as I could be in a home that wasn’t mine.  I have always liked to believe that it doesn’t take much to facilitate happiness, but this is a true illustration of how happiness can be achieved without so much of what we in the gabacho (USA) think is necessary for a fulfilling life.

But the post dives deeper into the actual realities of making mezcal and still thinking about larger issues.

Waking up early daily, finding a job to do with the laborers, coming home to eat, shower, read and sleep, or spending the day and night in Marcos’ palenque while watching the fire and dozing when possible have become rituals that will be hard to break when I end up leaving San Luis.  It is essential to both feel comfortable in this lifestyle, as well as adjust to the rhythm, so that one can not only understand the way that Vida is produced by a village, but also earn the place as one of the village producers.

It’s easy to romanticize the life of a mezcalero and their workers. We are so removed from the daily realities as we enjoy the fruits of their labors. This is a point that comes through in the book Mezcal Rush, and certainly one that I have experienced spending time in the pueblos, learning the process — though certainly not in the dedicated way of Manos. When one is doing the back breaking labor, or the all night vigils stoking the fires during distillation, it is very difficult to not give in to the physical exhaustion and think deeper into the process and what can be changed or modified to fit within the confines of a traditional process of a small business with growth goals.

Some of the things I think about are spirit specific.  How would the mezcal taste if it were distilled three times instead of twice?  How about if only the hearts were used and not even the very heel of the spines?  How about if it were filtered through charcoal after final distillation?  Obviously some of these are very big changes, which may compromise the tradition that makes this craft spirit a spirit that is so widely acknowledged.  But that’s the idea behind generous orthodoxy, finding the balance and testing small change using the existing system instead of designing a new one.  How much can/would you want to get away with before the character is so altered that it is not the same spirit?

But something that really jumped out at me was Manos identifying something so key to the mezcal industry, and what is being disrupted with this current boom – how important the intimate relationship each community has with the production of mezcal is.

One of the things I appreciate immensely is that everyone in town has some stake in mezcal, because everyone has land somewhere where their agave is being raised.  Most distillers in the US are much more removed, most not growing their own grain, malting it, or even using grain (and instead using bulk bought factory spirits) to make their “craft spirit.”  I appreciate the heavy involvement of so much of the town almost more than anything else about the process.  It is intimate, and personal for everyone who lives here.

Read the whole post – it is rare we get such an inside look at a conversation like this. Can’t wait to read Ron’s response!