Beans, mezcal, and the the culture that unites them 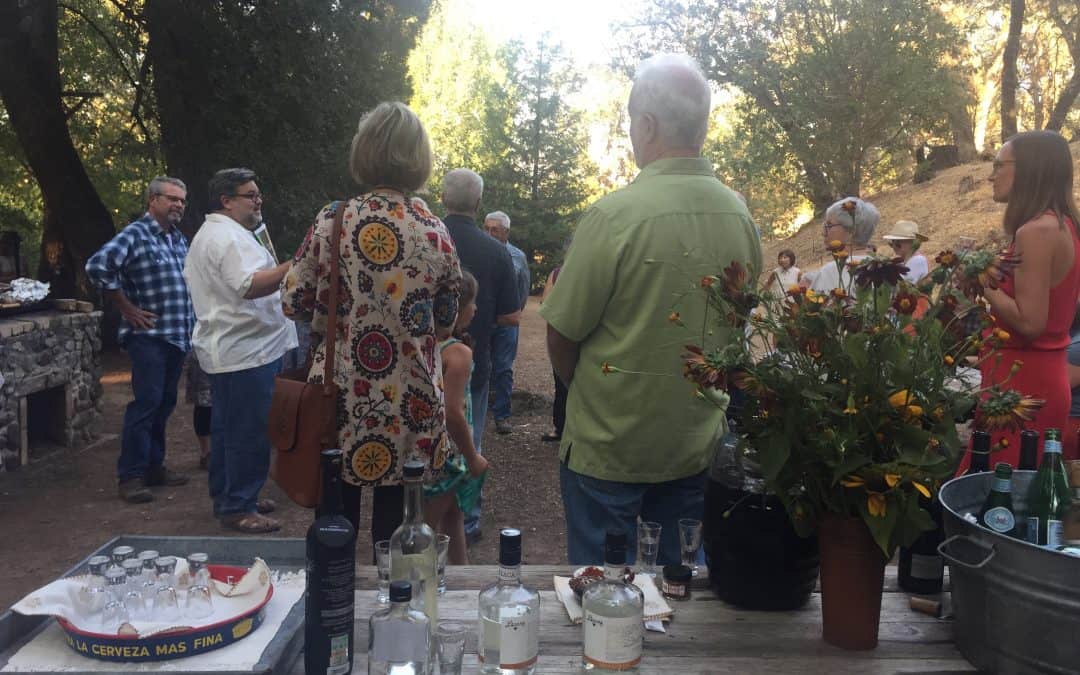 I was reading The Best American Food Writing 2019 on the plane to Guadalajara last week and was so happy to see the Bean Freaks article by Burkhard Bilger from the New Yorker made it into the collection. It’s about Steve Sando of Rancho Gordo who is most well known for selling all sorts of rare beans. He’s a friend and fellow traveler in the world of Mexican gastronomy who sells a variety of other products that are staples in my kitchen like banana vinegar and Xoconsotle. Plus his cookbooks make for fantastic reading.

I’d meant to write about that article at the time but things caught up with me so this is a second chance not to pass up. The picture of Sando and his interaction with Mexican culture and business is absolutely fascinating to me because it’s so similar to the mezcal world and gets at some of the basic tensions between our different cultures. One of the key subtexts is how our ideas about business diverge because of our cultures and the very material nature of our lives.

One way of putting it, here in the US we have a culture of business, in Mexico there is a culture and then there’s business. No matter where I travel, no matter how much time I spend in other cultures, I’m still very much a product of the United States with a set of assumptions about a culture of business – it’s easy! start one and fail if you need to but keep moving at all costs – and culture – it’s a fantastic game of mix and match and borrowing, make it up because that’s your right – which don’t hold true in most other countries, least of all Mexico.

North of the border we have always recognized Mexico as a very different place. The entire genre of Westerns is based on the idea that you could escape across the border to a completely different place, a different identity, and out of the reach of the law and all it symbolized. Of course that whole idea was and is full of stereotypes, many of which continue today. Mexico is still perceived as fundamentally different, it’s a place where you go to get away from all this Americanness without appreciating that it really is a different culture. When they visit, friends are alway surprised by just how different Mexico is, which tells you something about our schizophrenic attitudes. We can save the ‘why’ question for another discussion but the Sando profile teases out so many really fascinating themes that we encounter all the time.

The big question looming over any cross border business is cultural and economic appropriation. Are we as citizens of the US taking advantage of the lower prices in Mexico beyond the simple differences in our currency and are we taking away their culture? This is the thorniest nest of issues but Bilger gets the tone of it right when he describes how the rest of the world got plenty from the Columbian exchange and Mexico got “turnips, barley, and spinach.” He goes on to put Steve right in the center of it all:

“Sando is a rather sheepish addition to that history. He’s uneasy about import regulations, fretful of cultural appropriation, and well aware of his fumbling grasp of Mexican custom. “I’m not the Indiana Jones of beans,” he told me. “I’m the Don Quixote.”

I’ve felt that fumbling sense of cultural synesthesia so many times in Mexico, actually every time that I’ve been there. Just as I feel like I get it there’s a Sancho Pancho ready to poke a hole in that idea. One example: A few years ago when I was at the Maestros del Mezcal tasting in Mexico City a local chef and I were talking about her focus on heirloom varieties of corn. She and a variety of farmers, chefs, and researchers are trying to recover the many types of corn traditionally grown around the country, to bring them back into commercial production as a demonstration of cultural survival while trying to create a greater sustainable business.

Me, being from California, asked whether they’d thought of exporting. Her response – “Can’t you guys just give us some time to get our shit together?” Meaning, ‘we’re all excited about the potential for heirloom corn but there won’t be much to go around unless Mexicans really get some ownership of their great cultural patrimony.’ That includes everything from figuring out how to raise the many varieties that have been obscured by the race towards industrial agriculture, how to cook with them, how to run businesses, everything that you might take for granted with a commodity product. We’re all obsessed with heirloom corn because it really is fascinating and tastes amazing. Imagine the soups, the tortillas, hell, all the great Mexican whiskeys! But, if Mexicans can’t get the grounding on raising it, finding those wonderful rare varieties, and controlling that process, they’ll lose the business or it’ll become a monoculture.

The article about Sando’s business digs right into this topic as you see him working through the delicate negotiations with farmers, juggling production limits while trying to pull some beans that he’s obsessed with out of obscurity. The tensions in this new Columbian exchange of rich first world – for lack of a better expression – countries pouring money into the rest of the world in search of unique products that will shine in an already commodified marketplace is something that we accept because we’ve been raised to expect a culture of selection, that a menu of diversity exists whether you’re at a restaurant or a supermarket, that you should be able to buy Thai, Mexican, and Italian foods at your local Whole Foods.

We expect this because the new globalism is our culture of access. If we want it we expect that you can grow it and sell it. But the other side of this are cultures that have established boundaries and definitions. When American money flows into a small business like beans in the Sando world or mezcal in ours, that can instantly distort everything around it. That’s why Sando stopped accepting new members for his bean club; he couldn’t source the volume to serve rising demand. That’s happening in the mezcal world as well. And we see it everywhere else.

One of the concluding paragraphs does a nice job of portraying all the subtle issues which are all too common in the mezcal world and, most likely, in many other businesses in Mexico:

These were tentative, fragile relationships, Sando told me later, with men who’d been screwed over again and again by buyers. The best way to keep their trust was to bring money year after year and not to ask too many questions. “At some point it’ll be nice to look back and say we helped them pave their roads, but we’re not there yet,” he said. “We’re still in the middle of this. They’re not stable, we’re not stable. And it’s been ten years. So it’s the farmer’s job to get as much as he can, and I need to get the price as low as I can. We both need to win.” He shrugged. “I’m no saint. I’m here to make a profit. I don’t want to save the world with beans.”

Like I say, it’s a great article, god read it and order some of Rancho Gordo’s excellent beans while you’re at it.